ADMINISTRATIVE LINKAGES OF A DIET/CTE

The Department of Public Instruction is headed by the Commissioner of Publice Instruction (CPI). As such, the CPI is overall in charge of the activities and programmes of the department.CPI guides DIETs for academic and administrative purposes. CPI is responsile for the implimentation of variuos programmes of the department.Principals of DIETs/CTEs are being deputed for variuos academic and administrative purposes by CPI.Some of the administrative aspects like conducting inspection of Block education offices,Review of ICT and e govrnance,Conducting enquiries according to the needs and functioning as presenting/enquiry ofiicers in the departmental enquiries. You may be aware that the CPI is the appointing officer for the Class B posts in the department. Thus, the appointment and transfer of the lecturers of DIET (Group B) is under the jurisdiction of the CPI.

Karnataka Secondary Education Examination Board came in to existence in the year 1966. As you are aware, the Board has been conducting SSLC and other examinations.As for as DIETs are concerned all the other exams are being conducted by DIETs. As you can see in the organisational chart of KSEEB, the Board is headed by the Commissioner for Public Instruction as its Chairman. In the executive capacity, it has two Directors, one for SSLC Examination who is also the chairman of KSQAO and the other director for other examinations.

Karnataka Secondary Education Examination Board was conducting many examinations from a number of years. As the number of students grew and number of examinations increased two directorates were established one for S.S.L.C. and one for all other examinations from December 1997. Directorate of other exams conducts 13 main examinations or 57 subsidiary examinations throughout the year through DIETs and other institutions. Some examinations are job oriented (like D.Ed, C.P.Ed,Hindi Shikskak which are main areas of DIETs): some for developing the cultural and classical languages (like Sanskrit and Arabic); some for aesthetic and artistic purpose (like Music, Dance, Drawing); and some cater to social needs (K.O.S., Multi-category etc). Secreatery and JDPI of KSEEB Secreatery 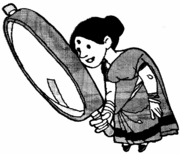 The Centralised Admission Cell at the state level looks after the selection of candidates for D.Ed., and B.Ed., courses at State Level. CAC invites applications from the eligible candidates by giving due publicity in news papers. DIETs/CTEs are designated as nodal centres at the District Level to issue and collect applications.

The Administrative linkage of DIET/CTE with CAC is concerned with the following points.

Every DIET would come under the jurisdiction of one CTE for certain administrative measures.The Principal who is also called as JDPI aprroves TA of DIET principals,nominates a member for governing Council from CTE.

DDPI(Admin) is also the district coordinater of all SSA activities and the implementing officer of SSA programmes at the District Level.Technically Inservice teacher training plan and budget under SSA prepared under DDPI though DIETs prepare and submit the plan. Deputing office staff of Disrict for various purposes including training is also the responsibility of DDPI. Every DIET has a Governing Council under the Chairmanship of the Chief Executive Officer of the concerned Zilla Panchayat.DDPI(administration) is a member of the Governing Council.DDPI is bound to support the academic activities that are implemented through DIET.