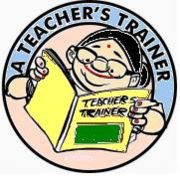 This section deals with the gender perspective in education.

WHAT IS GENDER PERSPECTIVE IN EDUCATION?

Now a days one reads a lot about women, gender, equality, empowerment and development in news papers, magazines, posters and pamphlets. The wide spread usage of these terms has not provided the conceptual clarity. Each one derives meaning according to one’s own perception. Therefore it is very essential to understand each of these terms and it’s connotations. The word “Gender” co notates “sex” to those who are neither aware nor read about “women’s issues”. But they have different meanings. “Sex is the biological difference between male and female. This difference is not 100% universal but varies by religion, culture, class, race, caste, ethnicity, nature of State and Public policy. The gender relations between men and women to a large extent determine the degree of differences in the different groups. For example, in lower caste group, mobility of a woman is acceptable but in a higher caste group, mobility for woman is not acceptable and hence the attitude is “women should be protected”. Because they are weak, they might be molested and so on and so forth. In this way many differences between men and women are socially constructed. To summarize;

These socially constructed differences are expressed through our language, play, beliefs and practices, proverbs, rituals, literature and media. These expressions are passed on from generation to generation and are rarely distorted, though there are no written rules regarding them. These conceived differences between men and women, are rarely/seldom violated. Thus male roles and female roles are established. This continuity over the years gives credibility to their perceptions. The social differences that are by and large, uniformly constructed are as follows.

There is no rationale behind these differences. Men and women reflect biological similarity in a greater degree than the biological difference. The similarities are in the process of birth, death, ageing, and in their response, to hunger, thirst, and sickness. Except the reproductive function all other functions are the same.

What is Women’s Status?

PLEASE SEND YOUR REFLECTIONS TO YOUR ONLINE FACILITATOR AND TO