The news industry was fundamentally changed with the invention of the photograph. Although pictures were taken of newsworthy stories as early as the 1850’s, the photograph needed to be translated into an engraving before being printed in a newspaper. It wasn’t until the turn of the nineteenth century that newspaper presses could copy original photographs. Photos from around the world showed up on front pages of newspapers defining and illustrating stories, and the world became smaller as this early mass medium gave people access to up-to-date information…with pictures! 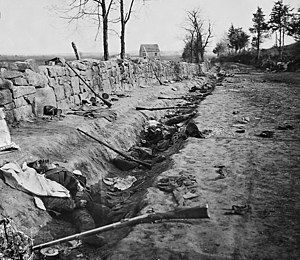 Confederate dead behind the stone wall of Marye's Heights, Virginia, 1863.

Photojournalism is a particular form of journalism that creates images in order to tell a news story and is defined by these three elements:

As visual information, news images help in shaping our perception of reality and the context surrounding them.

Photographs taken by Mathew Brady, Timothy H. O'Sullivan and others photographers during the American Civil War gave sobering witness to the carnage it produced. Images of soldiers killed in the field help people realize the human toll of war and desensitize their ideas of battle as being particularly heroic. 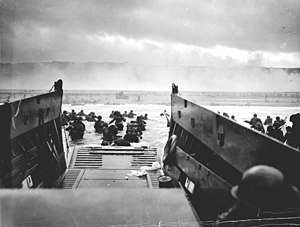 Photojournalism’s “Golden Age” took place between 1930 and 1950, coinciding with advances in the mediums of radio and television. Margaret Bourke-White’s photographs helped define the standards of photojournalism. Her work with Life magazine and as the first female war correspondent in Europe produced indelible images of the rise of industry, the effects of the Dust Bowl, the Great Depression and World War Two. Ammonia Storage Tanks (1930) shows masterful composition as she gets four of the massive tanks into the picture. The shadows, industrial grids of metalwork and the inclusion of figures at the top for an indication of scale make a powerful visual statement about the modern industrial landscape. One of her later photographs, A Mile Underground, Kimberly Diamond Mine, South Africa (1950) frames two black mine workers staring back at the camera lens, their heads high with looks of resigned determination on their faces. 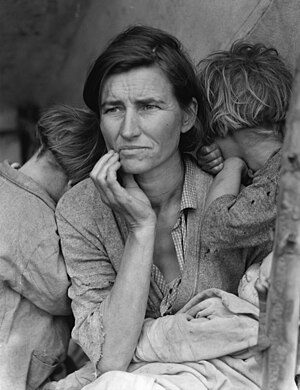 Dorothea Lange, Migrant Mother, 1936. Photograph. Farm Security Administration collection, U.S. Library of Congress
Dorothea Lange was employed by the federal government’s Farm Security Administration to document the plight of migrant workers and families dislocated by the Dust Bowl and the Great Depression In America during the 1930’s. Migrant Mother is an iconic image of its hardships and the human resolve to survive. Like O’Sullivan’s civil war photos, Lange’s picture puts a face on human tragedy. Photographs like this helped win continued support for president Franklin Roosevelt’s social aid programs.

Photojournalism does not always find the story in far away places. More often it is in the urban settings of big cities. Weegee (born Arthur Fellig) made a living as a ubiquitous news photographer on the streets of New York City. He documented the sensational, from murders to entertainment, and kept a police radio in his car so as to be the first on the scene of the action. His photo Simply Add Boiling Water from 1937 shows the Hygrade frankfurter building in flames while firemen spray water into it. The photo’s title is ironic and taken from the sign across the center of the building.