Water has some very unique properties 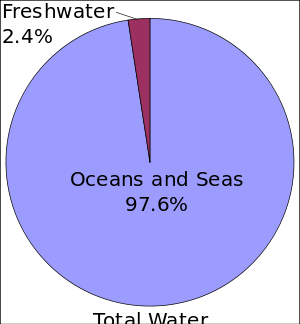 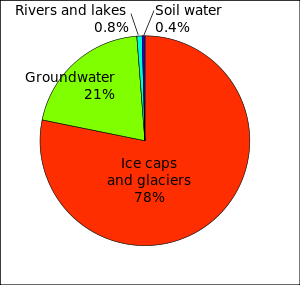 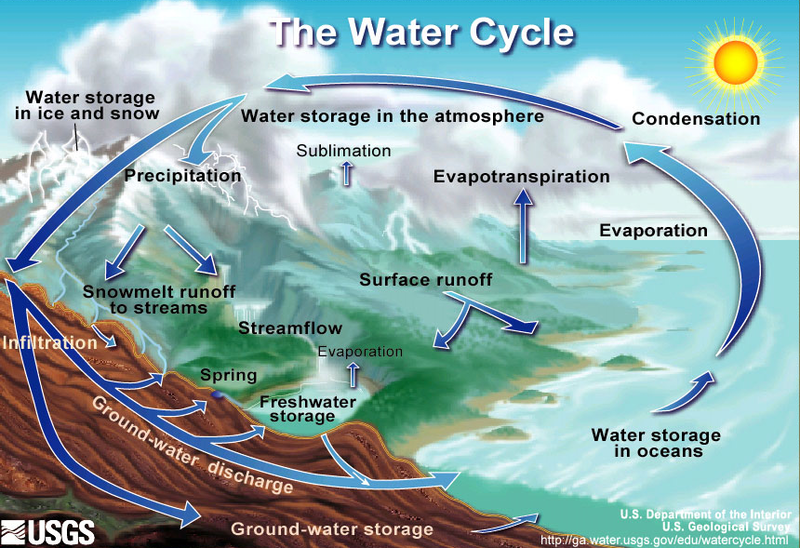 Next section describes the individual parts of this diagrams 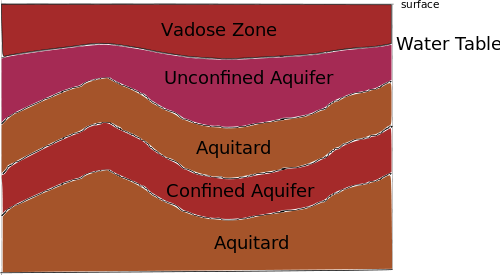 Human impact on the water cycle

Pumping water from a well creates drawdown (see top of the figure below). Most of the problems with groundwater quantity are due to this drawdown.

Pumping too much water, or pumping it too fast, increases the drawdown. 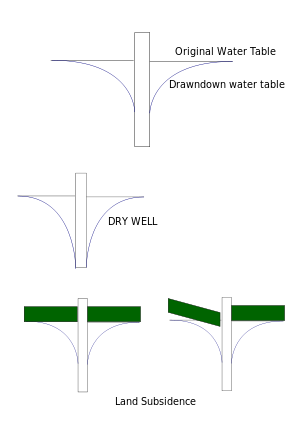 Hazards to unconfined aquifers from too much pumping include:

Showing the situation which leads to saltwater intrusion. This happens when a well on the land side draws in water from the saltwater aquifer.

Pumping too much water from confined aquifers can lead to: 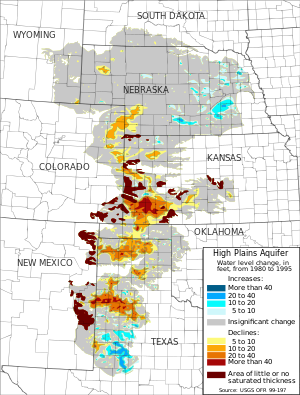 Depletion of the Ogallala Aquifer in the USA. This area is dominated by highly irrigated agriculture

Note that each of these require different solutions (see below). 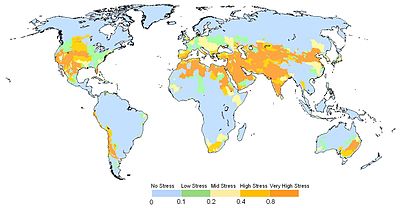 Water Stress Map. Notice that the stress is a function of both amount of water and population density

A very useful way of categorizing the above water scarcity is as follows:

The opposite problem is too much water creating floods.

Floods are natural phenomena and beneficial. They leave silt for farmland and recharge groundwater. Ancient Egyptian civilization would not have existed if it was not for annual floods of the Nile River.

The following effects of human actions lead to increased flooding:

One side claims that private companies are more efficient.

Problems occur when upstream countries withdraw too much water or release large amounts of water. Problems can be seen, for example, in the Nile, Ganges, and Mekong Rivers.