The description of the Earth's Atmosphere is now in its own section: Atmosphere

Air pollution
Presence of chemical(s) in the atmosphere in sufficient quantity to cause harm to humans, other organisms, or materials 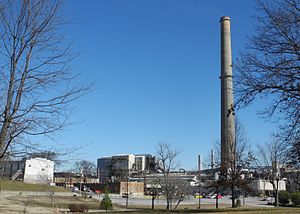 - especially severe in people with asthma

Sulfur Dioxide can combine with water in the atmosphere to form sulfuric acid: 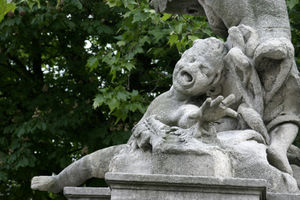 Some lakes have natural buffering, but many do not.

Acidified water causes death of fish and other organisms, due to both the lower pH directly and the leaching of metal, especially aluminum. It also causes damage to trees and other plants. 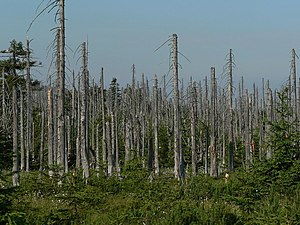 Nitrogen can react with oxygen to form nitrogen oxides

NO and NO2 are together known as NOx (read as nox)

At low temperature combustion nitrogen does not combine with oxygen:

However; at high temperatures, such as in a burner or internal combustion engine, Nitric oxide (NO) and Nitrogen dioxide (NO2) are formed [1]: 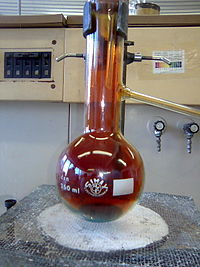 The flask contains nitrogen dioxide. It is this that gives the characteristic brownish color to smog 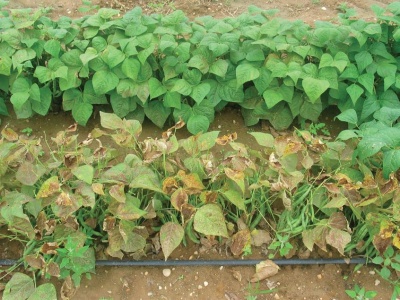 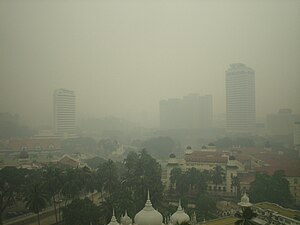 Under certain conditions a layer of warm air can occur above cold air. This causes any pollutants to be trapped and not dispersed. 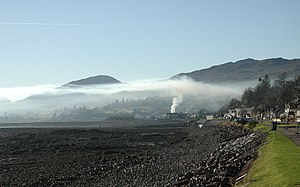 Smoke rising in Lochcarron, Scotland is stopped by an overlying layer of warmer air 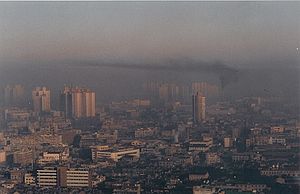 A good animation of thermal inversion can be found here.

Particulate Matter
Small solid and liquid particles which remain suspended in the atmosphere. 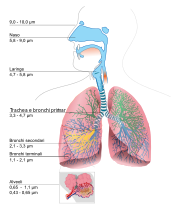 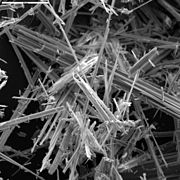 Carbon monoxide binds with hemoglobin in the blood to form carboxyhemoglobin. This means the blood cannot carry oxygen to the cells.

The physical effects include lightheadness, headache, confusion, and dizziness to unconsciousness and death 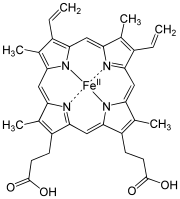 Heme - the oxygen carrying part of hemoglobin. Both oxygen and carbon monoxide bind to the Fe(II) ion 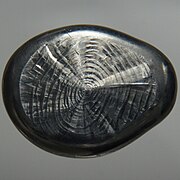 Mercury amalgam from small-scale gold mining. This will be heated to evaporate the mercury 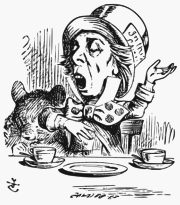 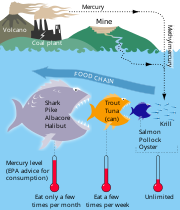 biomagnification of mercury in food chain

varies widely depending on substance

As stated above, the stratosphere contains a layer of ozone which protects the Earth from dangerous ultraviolet radiation.

Chlorinated and brominated hydrocarbons can travel unreacted up to the stratosphere. The most important of these are the chlorofluorocarbons (CFC's).

This free chlorine then reacts with the ozone.

This depletes the amount of ozone present. 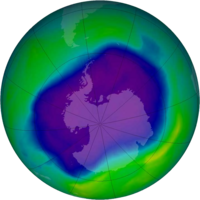 Ozone "hole" in 2006. Blue and purple have the least ozone and green, yellow, and red have the most.

In the 1980's, it was found the ozone layer was thinning. In 1987 a treaty called the Montreal Protocol was signed.

It phases out the use of most ozone depleting chemicals.

The ozone layer has been stabilized and concentrations of ozone in the stratosphere are now increasing.

The Montreal Protocol is often considered the most successful environmental treaty ever.