PNG SDP are a private company whose mission is to reinvest profits from the Ok Tedi mine in western Papua New Guinea into sustainable community development, including education.

PNG Sustainable Development Program Ltd (PNGSDP) promotes diversified and balanced economic development of PNG, especially Western Province, providing for improved well being and self determination of local communities, beyond the life of the Ok Tedi mine.

PNGSDP have started a One Laptop Per Child programme in 11 schools (see map below), mostly in mine affected areas, with implementing partner Divine Word University, one of PNG's most prestigious educational institutions and local partners in the three areas of North Fly, Western Highlands and Telefomin District. These are primarily the Catholic and Baptist Education authorities.

The programme consists of 1000 laptops and 11 schools, with full server/wireless and solar power infrastructure. Schools with no power sources are able to participate because all laptops are issued with the innovative "DC Share" solution, consisting of 15W thin film solar panels and cables allowing the laptops to be charged whilst in use in the classrooms, with no need for expensive fixed solar power infrastructure. None of the schools are "saturated"; however the programme focuses on building local and national support to sustain the pilots, especially through local sources related to the mine.

This section will be updated after activities planned for January 2012 are completed.

Schools included in the programme 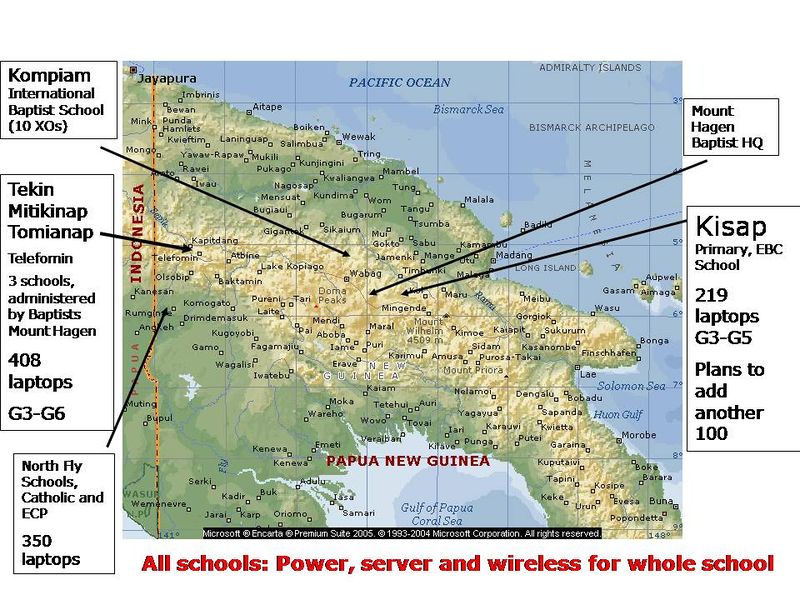 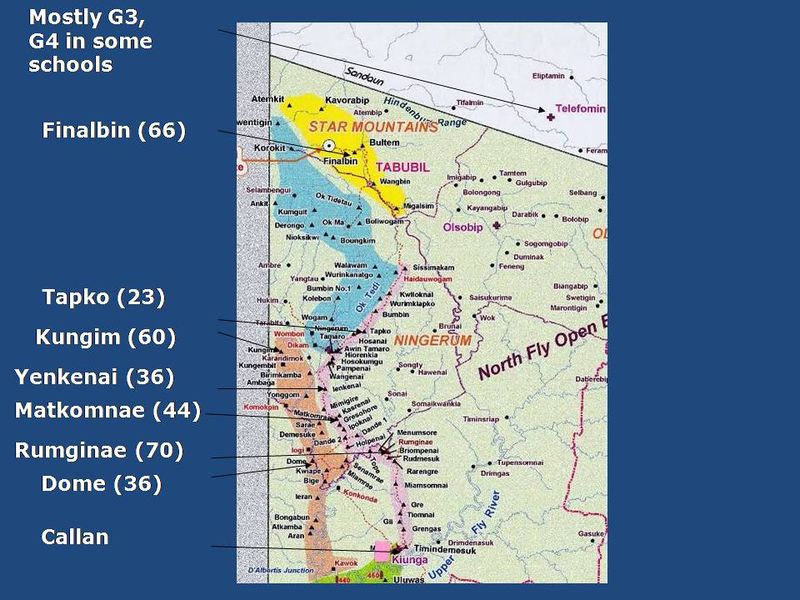