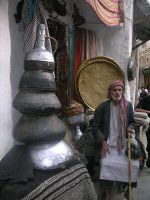 Every step you take, is a step away from where you used to be
Welcome to Einas's Page

My Name is Einas Yahya Aleryani,I am from Yemen ,Living in USA. I am a mother of 4 Children two boys and two girls,My children are everything to me. I work as a teacher assistant at Donovan Middle School in Utica _NY, I also work with nonprofit organization Yemeni American Culture organization when I work I keep my kids in my mind, thinking of how to make this world better place for them to live my kids have Inspired me to do so many things, and everything I do I do it for them and for every child was left behind.

My dream is to help people,in a way or other.I have established Yemeni American culture organization to work with Arab in general ,and Yemenis n particular.Educate them,and make them aware of their rights in US and Yemen.At the same time rise the awareness of how the law in the united states works, and how our social life has to be improved in the USA and in our Home land Yemen. It is very important to understand the law system in order to present a good Yemeni -American generation and to correct the negative stereotype that has effected us after September,11 .We still don't have a public office for the organization activities, but we are legally registered we work through other local organization and institutes, our main office is located in a small office works from home,until we get fund to rent a public place. We earn our money for the main time by offering affordable community education,such as Arabic,and English. The Yemeni American culture has many goals . I work hard on publish our mission and goals to make them happen we should work as one hand, and to keep the organization good reputation as one of the non-profit organizations that have done true,honest,and honorable region- community works among different cultures,built the bridge of peace that never stood for just more than a word. "I started from home,to reach home"

Taught average class of 15 students from different culture the English language Use materials provided by the school district such as computer, books, games and

Meeting with parents to inform them about kids performances and area of study Needs. Translate documents for the School District

August 2005 To February 2006 UNDP Sana’a, Yemen Conference Assistant Coordinator for the United Nations Women’s Rights in the Arab World Prepared concept papers to raise fund for the conference. Formulate participants invitations. Arranged for visas, accommodation, and transportation for regional and international participants Create Data base for all participants Assigned panels to different groups Translate all conference documents from Arabic to English.

August 2003 To August 2004 American Organization Sana’a, Yemen Project Assistant Liaison for the Ministry of Higher Education. Arranged press releases, Interviewed applicants for the Key Women Programs Assisted in the selection of applicants for the youth program Assisted in the daily management, for development programs under the project administration Electronic, e-learning and English training projects at the American Embassy Participated in the negotiation for the E-Learning projects Identified high schools in rural areas to participate in the E-Learning project Interviewed students for English training project and prepared reports Translated daily correspondence, project documents and minutes of meetings Conducted simultaneous interpretation during official meetings Formulated, typed and disseminated official communication between AMIDEAST In addition to government institutes.

Membership: Member of the American council of the teaching on foreign language (ACTFL) Member of the YWCA of Mohawk Valley. Member of the National association of female professionals (NAOFP)

Never look down on anybody, unless you are going to help them up

These diseases spread among the people, such as the spread of wildfire, and can be for one person carrying a disease and one of them happen and be in the environment this fact t has been confirmed by a study conducted in Britain For longer than thirty years ago, where an infected one of infecting illness of sexual diseases can spread it to others. What should occur large numbers of people with these diseases are millions of epidemics sweeping those communities!

The pain, disease and mass death and destruction is the natural consequence of the spread of these diseases, therefore, several international organizations to address these risks juggernaut such as WHO, the World Federation to combat venereal disease, and experts have completed these organizations to develop decisions, recommendations and warnings, with all this has been the problem in the increasing scale and complexity constant, both in the types of these diseases, or the number infected by, so became exponentially, what is the real reason for the spread of these terrible diseases that come alive with unknown cause of self-evident by the complainant and is purely by the sounds, and actions taken him but in vain! It is immorality and pornography Launched in sexual relations, that the spread of adultery, homosexuality and other sexual anomalies. I remember I have read in some book about sexually transmitted diseases: The spread community's indulgence towards all sexual practices and there is no sense of shame of adultery, sodomy or any sexual relationship irregular or forbidden (if we talk religious), but the media made it a shame on both boys and girls to be married, that abstinence for men or women are in Western societies than a shameful affront to one, the media and urges calls to porn as normal biology, and the view of many experts that the three most important factors for the spread of sexually transmitted diseases is pornography and the widespread use of contraceptive pills and antibiotics. Gonorrhea lead the list of the infectious diseases, as more sexually transmitted diseases common in the world, the figure is installed in the statistics about two hundred and fifty million people are infected annually, and this is not a fact, because the number of cases reported and contained in the statistics are from ten to a quarter of the real number.

Although the exact gonorrhea germs attack on all members of the body and causing infections and illness and pain to the victim but that the most serious effects is to cut the victim's descendants; so it is this disease Palmakm larger.

Thus both sexually transmitted diseases herpes, ulcers, soft, granular tumor Albulgmi genital granuloma inguinale, warts reproduction, molluscum contagious, viral hepatitis, in addition to other fungi and parasites that infect the reproductive system of millions of people. AIDS disease caused by a virus as little seen only after the opening of hundreds of thousands of times electron microscope Figure 3 that the HIV virus from a virus reflected Retroviruses, which is the smallest micro-organisms known to us and have a remarkable ability to colonize the living cells and reproduce them by controlling the secrets of genes in the cells.

The AIDS virus attacks the lymphocytes, which help form the backbone and the mastermind of the human immune system and destroys the cells.

What happens in the Acquired Immune Deficiency Syndrome (AIDS)? How it changes its proprieties and types as we have learned that viruses always change its type and proprieties?

Concentrated attack HIV cells help Faisal movement and breeding after deciphering the secrets of their genes and then destroyed, and out of the huge numbers of viruses attacking the new cells are also large numbers of cells to help the sound to commit suicide when intercourse with the news that the virus entered one of them and dribble inhibition defense mechanisms of the immune system, until they collapse and means to defend

This disease is also known is greater among homosexuals homosexuals and adulterers and users of alcohol and drugs , doctors and researchers were powerless against this devastating disease cannot find a cure or treatment, , which is on the rise and spread of each day, have arrived in the incidence of HIV disease in the world today to more than sixty million Health Organization has estimated the global number of people who have died because of HIV AIDS since its inception in 1980 until the end of 2001 more than twenty million people. 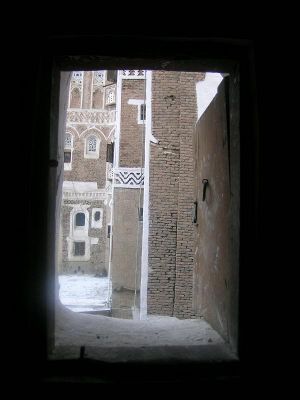 A Vision through the kitchen`s window in old Sanaa City,YEMEN 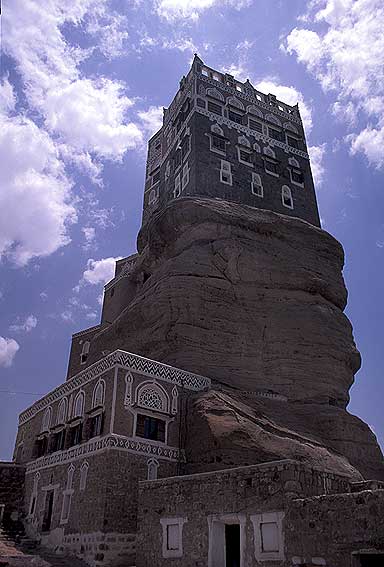 A jewel from the Yemeni poetry


Welcome to WikiEducator, I am enjoying your page, fantastic pictures, your wikineighbour Nadia El Borai
Retrieved from "https://wikieducator.org/index.php?title=User:Einas&oldid=570858"
Categories: