What other issues in SC assessment should we be aware of? 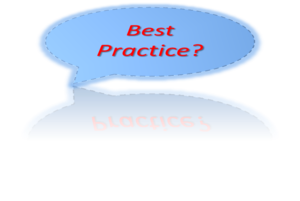 Is the social constructivist approach to assessment “best practice”? Rust (et al., 2005) advocates adopting a social constructivist assessment system which, in his opinion, could greatly help to overcome the problems in current assessment practice. But this assertion has not gone unchallenged. While SC theory and assessment practices have gained popularity and impetus in educational fields during the last decades, Shay (2005) has been one strong voice in opposition to that rise. Here are the key issues in the debate.

Is criterion referenced assessment really beneficial to students? Shay (2005) argued that there is little evidence to suggest that criterion referenced assessment has improved student learning or strengthened the overall reliability of assessment. The underlying reasons are of less clarity and consensus on. Shay (2005)suggested that sometimes it is because the criteria are not formulated with sufficient clarity and accuracy; in other situation the problem could be lack of substantive reference points.

Shay (2008) voices concern that the value for and identification of subject specific knowledge has been neglected in the process of redefining assessment according to SC theory. She claims that the discourse of constructivism in assessment has ‘eclipsed disciplinary knowledge (p 598).’ Shay (2008) recognizes that SC has value added a dimension of humanity to subjects which were previously viewed as neutral or without having social status. Historically, assessment and the assessed have been conceptualized as a non-social (Sayer as cited in Shay, 2008). She calls however for a differentiation between knowledge, knowers and knowing (ie discipline specific knowledge; the ways individuals interact and respond to that knowledge; and the processes and procedures used to do that.) Shay (2008) uses Maton’s legitimation codes and Berstein’s work on knowledge structures to demonstrate the importance of developing a realist theory of knowledge that is separate to the evaluative criteria that assessors impress on student performance.

Keith Hopper (2003) is somewhat critical of the broad sweeping brush with which SC theory paints the ideal teaching and learning environment. He voiced serious concern that constructivist strategies in the classroom have more strongly sociological goals than pedagogical ones. Further, he claims that the SC philosophy neglects to consider the different learning styles and potential social anxiety issues that students deal with and that in fact such learning environments may hinder rather than help the learning of some students. Critics of traditional teaching methods tend to make negative generalizations about the “mindless, canned and timeworn” nature of the knowledge transfer and assessment practices (Hopper, 2008, p 24). Hopper (2003) argues that in fact increasing numbers of practitioners experience inner turmoil between guarding the integrity of academia and of their subjects and the tide of change toward socially mediated forms of learning.

Hopper (2003) asserts that SC theory is based on assumptions that its ideals are in the best interest of everyone. The lens with which it assesses students begins with this pretext. Hopper (2003) is skeptical in his regard of assessment methods that rely so heavily on the observation of group interactions and tasks. His claim is that regardless of the quality of teachers’ notes, they cannot ever fully document the depth and breadth of thinking, analysis and learning that has occurred for every student. Hopper (2003) appreciates the values for “collegiality, collaboration and democracy” that SC theory brings to classrooms (p 27). He reminds us however that historically many profound and eminent thinkers have been solitary learners. His contention is that both independent and group learning, when used appropriately, can together produce a greater result than the sum of their individual parts. It follows that there are implications for assessment practices that originate from this argument.

As social constructivism is recommended as best practice, and has become a learning theory to aspire to (as in Wellburn and Claeys 2004), the issues 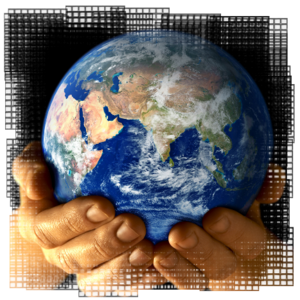 involved in adopting it are of relevance to education and educators around the world.

Where social constructivist learning theory is taken as a philosophical basis for practice, issues of epistemological compatibility will arise, as ideas about what learning is and how it comes about are reconciled with one another - or not. Hopper (2003) contends that these issues are not well examined in Western/Northern educational practice. Insofar as social constructivist assessment practice implies a departure from current methods, issues of practical and cultural compatibility will also arise.

In general we would expect to see logistical, social and cultural issues with the introduction of social constructivist assessment practices, in varying proportions depending on individual educational settings. In wealthier settings, adequate resources may be easily available, and social or cultural issues would then be paramount. In developing countries and in other disadvantaged groups, we would expect to see that logistical issues and issues of resource allocation are very pertinent. We expect to see as much variation within a country as between countries in this area. (See this article for a recent editorial on resource allocation differences and their impact on New Zealand school children's daily activities.)

The negotiated nature of the social constructivist classroom may be at odds with ideas about education held by learners, educators and the wider community. Whether such potential conflicts will be negotiated or settled by fiat depends on the specific setting. Recalling our diagram of the learner within a wider setting, in learning environments with strong external regulation, impetus for change or at least permission for change will come from the wider community, government or parents.
The idea of educators and learners negotiating with one another is more democratic than hierarchical. Despite examples of this leading to excellent learner outcomes (such as Brodhagen (2007)), recommendation of such a structure promotes Western, and specifically, liberal democratic values, in ways which may seem culturally imperialistic.

Government policy is a dominant force in education. However, there is also a tension between government policy and educational practice, including assessment practice. (Rita 2011, Popham 2008, Walters 2006). The top—down approach to implementing new assessment practice tends to ignore context and discourage the teacher from taking ownership. Conversely, the bottom-up approach can be slow and ineffective. Ideally we achieve coherence and coordination by aligning the three levels: policy makers, school administration and teachers.

The disruption of power relationships in the learning environment, where it is unwelcome to educators, can lead to a reluctance to implement which undermines the social constructivist nature of the learning environment. In other sections we have already touched on this point. This seems to us a plausible reason for the observed lip service: social constructivist views are espoused but not practised because the actual practice would reinvent the social relationships in the classroom in a way that the educator feels or fears is untenable.

Even where the reinvention of classroom relationships is welcomed by the educator, such a change, like any other significant innovation, requires time and effort of a very overworked sector. Teachers' resistance to innovation in educational practice has documented roots in time poverty, among other factors (Lee 2001).

The disruption to traditional classroom power structures may also be welcome or unwelcome to learners as it challenges them to become involved and take responsibility for areas traditionally in the keeping of teachers. This could potentially lead to more engagement, for example in young Maori who desire more influence in the classroom (Bishop, Berryman, Cavanagh and Russell 2008, p.170) or other young people whose voices are not authoritative in traditional classrooms (Bourke 2008).