Evidence suggests that while teachers theoretically uphold beliefs about social constructivist models of pedagogy, they are slow to move away from traditional frameworks for assessment, claiming that social constructivist models of assessment such as performance assessment rubrics, observations, clinical interviews, reflective journals, demonstrations and peer and/or self evaluations are too subjective, not goal-oriented enough and too time consuming (Pilcher 2001; Shepard 2011). Shepard (2011) has been a strong advocate for changing forms of assessment used in SC classroom environments, claiming that hidden beliefs and fears surrounding the issue need to be addressed before a change in the dominant paradigm is possible. In conclusion it could be stated that a small group of authors have published numerous articles aimed at advising and coaching teachers toward the assessment process in a SC context. Much theory exists about the subject but practice is only beginning to change. 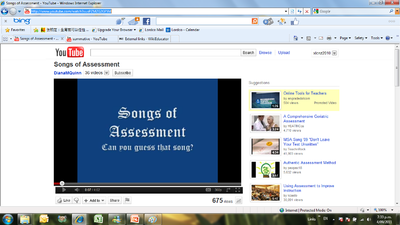 Learning assessment in the workplace

Unlike formal education, workplace learning is dominated by ‘on-the-job’ learning. This is conceptualized as "informal and incidental" (Eraut et al, 2001, Marsick, 2001), contextual (Casey, 1999; Marsick and Watkins, 1999) and situated (Lave and Wenger, 1991). All these three approaches suggest that the nature of workplace learning is constructive/social constructive. However in this wiki we deliberately confined ourselves to learning contexts which self-identify as social constructivist. Workplaces whose learning self-identified in this way are absent from the literature. Therefore we will not include that context in this wiki.