Teacher and Student Use: 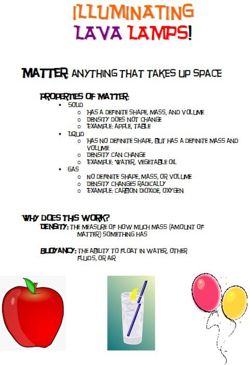 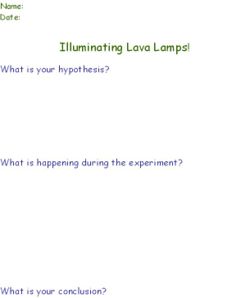 This experiment will test the states of matter (solids, liquids, and gases) along with density and buoyancy.

For this activity students will first produce a hypothesis regarding what will happen when the states of matter (solids, liquids, and gases) are combined and how they will react. The experiment begins by having the students fill a 473 ml plastic bottle 3/4 of the way full with vegetable oil. Students will then fill the remainder of the bottle with water. (Make sure that students do not overflow the bottle). Then, have the students add 10 drops of food coloring to their bottle. When the bottle has been prepared with the vegetable oil, water, and food coloring, have students place one alka-seltzer tablet into the bottle. (Break the alka-seltzer tablet into smaller pieces, to make the effect last longer.) He or she can also add multiple tablets for multiple effects. Once the alka-seltzer is placed into the bottle, the liquid will begin to bubble. When the bubbling stops have the students seal the lid of the bottle, and tip the bottle back and forth. The liquids will then combine into one large blob and move up and down. Students have now created their own lava lamp! Flashlights can be placed underneath the bottles for an illuminating effect. 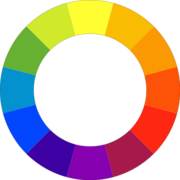 I think that this lesson went really well with the group of students. Most of the students came to us with the background knowledge of what the states of matter are. I was very impressed that most of the students knew that water is more dense than oil. With this knowledge, they were able to form a hypothesis, and explain that when the water would be added to the plastic bottle with the oil, the oil would float to the top, as the oil is less dense than the water. It was also great to see that some of the students knew what the gas was in this experiment. It was carbon dioxide, which was produced by the alka-seltzer. I think that the students really enjoyed this lesson, as they were active participants in what was taking place. They could see the step by step process that it took to create the "illuminating lava lamps." If time allowed we could have talked about the two children's books that we chose to put under the Literature Connection piece, but we did not have time for that. I think that the students would have liked hearing about the book, The EXXON Valdez's Deadly Oil Spill, as it was a true story that took place in 1989. It's always good to relate what your learning in the classroom, to real experiences that happen in life. ~Emily

I think that our lesson went very well. The students seemed to love the experiment, and we received a lot of good feedback from them. We allowed the students to first think about what their hypothesis was, letting them explore their ideas about what they thought would happen when we put the Alka-Seltzer in the water and vegetable oil. They seemed to know a great deal about density and what would happen to the liquids in the water bottle. The students knew the differences between solids, liquids, and gases, and they were able to watch what happened when a gas was created in the liquids. They watched the carbon dioxide move through the liquids, moving the food coloring up and down through the liquids. I think this experiment went really well, and all the students seemed to enjoy it. I think this lesson was a success!

I believe our lessen went extremely well. Most of the students that we encountered already had a general understanding what the states of matter where and could identify examples of each. When we asked them to contribute a hypothesis for experiment, the students were able to show us that they knew that the water was going to remain separate than the oil. The students seemed to understand and know what was going to happen and they remained extremely excited. While they were performing the experiments we allowed them to explore the ideas of what would happen when each ingredient was added. They were told to added their thoughts and observations on a worksheet we had created for them. Their feedback was extremely helpful to us and provided results to show that they understand the nature of the experiment. I believe the students loved the idea of creating their own lava lamps on their own. They were able to share a feeling of accomplishment with those around them (peers, teachers, parents).