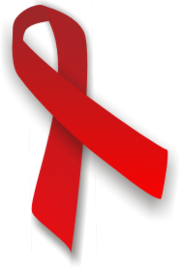 To Do
For this topic you will need to:

For this topic you will need to refer to the letters and numbers on the diagrams. They can all be enlarged by clicking on them, or you may prefer to download printable versions - a link to a pdf file can be found below each diagram. 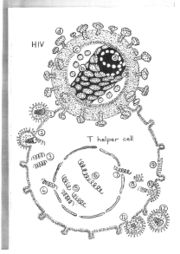 HIV structure and life cycle.
Click on the diagram to enlarge it or access the printable version.

Viruses are extremely small organisms, which can only multiply and reproduce themselves when they are inside the cells of some other larger organism. Most viruses can only survive for short periods outside the body of the organism they normally infect. HIV is especially adapted to infect T helper lymphocytes and can only infect a small number of other cells, for example some cells of the brain, the intestines and the skin, and another cell of the immune system – the macrophage.

HIV is composed of its genetic code, which will be used to direct the machinery of the host cell to manufacture more HIV components, surrounded by an inner core and an outer envelope. The genetic code of HIV is contained in two long strands of RNA (a), which is very similar to the DNA in our cells. The inner core of HIV (b) is composed of proteins made within the infected cell and then assembled around the RNA . The outer envelope (c) is a small portion of the cell membrane, which wraps around the virus core as it is released from the infected cell. Some protein molecules (d) protrude from the surface of the outer envelope.

HIV uses these protein molecules to begin the process of infecting a cell. The gp120 molecule sticking out from the surface of HIV attaches firmly to a CD4 molecule present on the surface of a T helper lymphocyte or other susceptible cell (1). The outer envelope of the virus merges with the cell membrane of the T helper lymphocyte and the inner core of the virus is released into the cell (2). The virus RNA is copied into DNA (3) which is transported into the nucleus of the infected cell (4). The host cell DNA is cut, the virus DNA is inserted into the gap and the ends of the DNA are joined together (5). The genetic code instructions for making new HIV will remain in that cell until it dies (6).

Some infected cells do not immediately start making new HIV but remain inactive for months or years. When the infected cell is stimulated it neglects its normal functions and instead uses the HIV DNA as instructions (7) to produce the various components necessary to assemble new viruses. The infected cell makes new core proteins (8), new gp120 protein which is inserted into the host cell membrane (9), and a complete RNA copy of the HIV DNA. The virus RNA is then surrounded by the core proteins and buds out of the surface of the host cell taking its altered cell membrane as an outer envelope (10). After leaving the cell (11) some of the components of the virus core are split by a protease enzyme and the separate parts reorganise themselves into the structure of a mature infections virus (12). A single T helper lymphocyte infected with HIV will act as an extremely efficient factory producing thousands of new HIV to infect other cells. 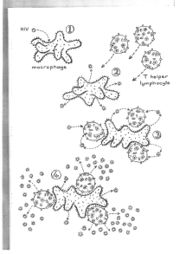 The process of copying RNA into DNA soon after HIV infects the T helper lymphocyte is a rather inaccurate one and errors are frequently made. This high mutation rate allows HIV to evolve rapidly and this evolution is thought to be a major reason why the immune system has so much difficulty controlling the infection.

A person’s T killer lymphocytes can recognise a huge variety of different HIV strains and kill the cells producing these strains. However, HIV has an almost unlimited ability to evolve new strains. Eventually many strains of HIV which are not recognised by the immune system evolve. These strains proliferate without control and the amount of virus in the blood gradually rises.

From HIV infection to AIDS

When a person is first infected with HIV, the virus invades macrophages and T helper lymphocytes and a few other cells which also have [CD4 molecules on their surface. These infected cells produce more HIV which then infects other cells, and over the next few weeks more and more cells become infected, and the amount of virus released into the blood rapidly rises. 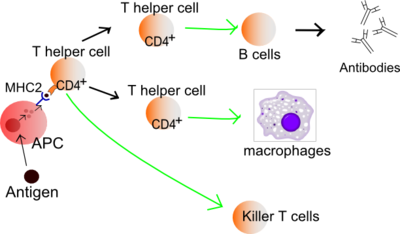 An antigen is ingested and processed by an Antigen Presenting Cell (APC). It presents fragments from it to T cells. The upper, Th0, is a T helper cell. The fragment is presented to it by Major Histocompatibility Complex 2 (MHC2).

The destruction of so many infected cells at one time commonly causes a brief illness. The lymph nodes which contain most of the infected T helper lymphocytes become swollen and tender as the virus-producing cells are killed. Other common symptoms include exhaustion, sore throat, headache, fever, and skin rash. The illness is quite similar to glandular fever, another disease also due to a virus which infects lymphocytes. After about a week when most of the virus-producing cells have been killed the person recovers and feels perfectly well again.

Finding antibodies to HIV in a person’s blood is the usual method of diagnosing HIV infection. This method is used because it is simple, cheap and reliable. It can give an incorrect result (false positive) in the first month of infection when there is a lot of virus in the blood but antibodies have not yet been produced. For someone to be confirmed negative, it is necessary to be tested three months after the first test. 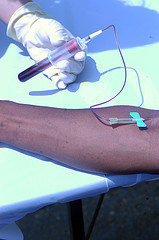 The first test method, the ELISA test, will be positive if the blood sample contains antibodies against one or more parts of the virus. It may however also be misleadingly positive if the blood sample contains an antibody against some portion of another organism which is immunologically similar to a part of HIV. The second test method, the Western blot, will show whether there are antibodies to many different parts of HIV. There is lots of information about HIV testing. A person who is infected with HIV has antibodies to several parts of the virus. However a person who has a positive ELISA test, but who does not actually have HIV infection, will have antibodies which cross-react with one or, at most two parts of HIV. When blood samples are tested with the ELISA followed by the Western blot the results are almost 100% accurate.

Once a person has developed antibodies against HIV the infection is unable to be eradicated and will be present lifelong. However most people with HIV infection remain well for many years before developing HIV-related illnesses. During these years the amount of HIV in the blood remains relatively constant.

The amount of HIV in the blood also goes through dramatic changes. It rises quickly in the first few weeks after infection to reach approximately one million viruses per millilitre of plasma and then falls to a lower level as the immune system starts killing infected cells. During the following years the level of HIV in the blood remains relatively stable but it rises again shortly before the onset of AIDS. 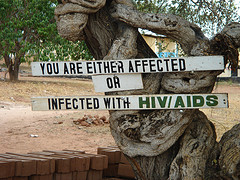 Return to the Previous Page: Health Promotion and Prevention of HIV

Go to the next page: AIDS and Opportunistic Infections