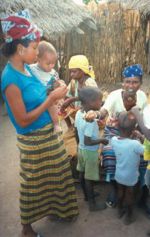 Verbs are probably the most complicated words in the English language. Why would we call them complicated? Because verbs often have to change to make them fit the meaning or the other words in a sentence. Let's look first at the way verbs must change to fit the number of people doing the action:

Of course, this is also true when we use a pronoun (pronouns are words like: he, she, we, they, it) as the subject, as in these exampl

Sometimes it is easy to see how the subject and verb go together in a sentence. See if you can find the subject, and choose the right verb, in this sentence:

You can probably see that the subject is "shoes", and so the correct verb should be "are". But in this next example, it is not so obvious:

Which is the subject: "shoes" or "box"? Well, which one is the thing which is dirty? The shoes are dirty. "In the box" is a phrase, and you should remember that the subject of a sentence is never found in a phrase. You can mentally cross out the phrase "in the box", and see what you have left:

and once you have done this, it is easy to see that the correct verb should be are. Doesn't and don't are sometimes hard to learn. Remember that doesn't means does not. Don't means do not.

So you can't say:

You have to say:

Here are the correct ways to say it: I do or I don't We do or we don't You do or you don't They do or they don't He does or he doesn't She does or she doesn't It does or it doesn't

Choose the correct verb for each sentence:

The decision of the workers (was, were) to go on strike. (Is, Are) the roads paved in that area?