I am an actor, writer, and educator from Canada who has recently completed a Master's in Educational Technology. I worked with the Calgary Arts Academy since its inception from 2003-2007 and currently teach drama at Papanui High School in Christchurch, New Zealand. These days, I'm writing the script for a romantic comedy entitled Racewalker.

The Pangea Day festival on May 10th is a great way to get involved with world films, and I look forward to Wikieducator's contributions to next year's festival. It is my hope that we can share some of our stories as educators at this festival, and I would love to work with musicians and filmmakers to help bring these stories to life! My latest contribution towards this goal is the collaborative video about visual storytelling. 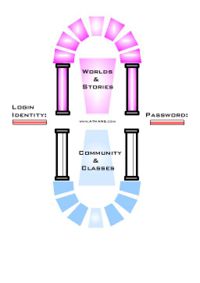 Croquet is a 3D learning environment made with the Squeak programming language to set up some fantastic 'immersive' experiences. I would like to work with Croquet as the place within which MyAthans, a fantasy world learning environment, could be developed.

The Belladonna Film Trust is a non-profit group dedicated to making filmmaking affordable for emerging artists. I am involved with the monthly radio program on Plains FM - the topic for the first three shows is about screenwriting. 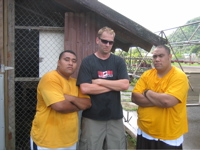