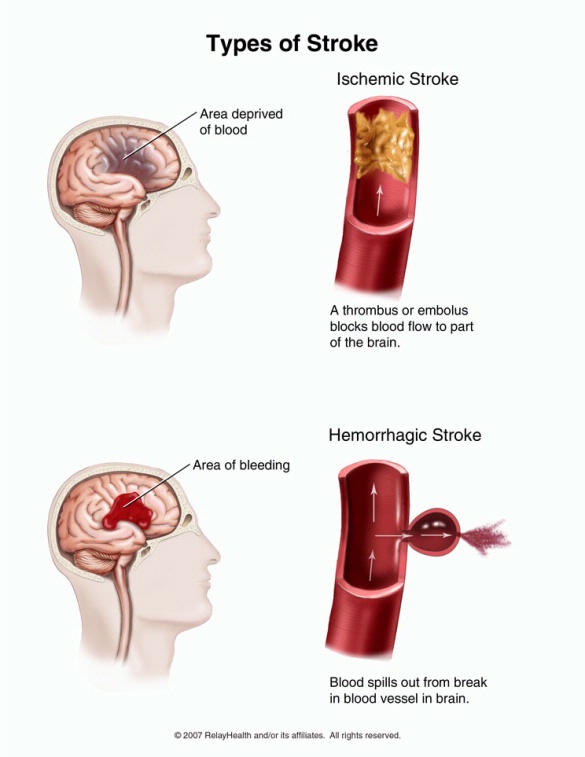 Stroke is a term which broadly defines a cerebrovascular brain injury, the occlusion of normal circulation to a part of the brain, either caused by ischemic vessels or hemorrhagic bleeding.

The ischemic stroke patient has the potential to be effectively treated with a clot-dissolving drug; tissue plasminogen activator (tPA). Whether to treat with tPA is largely dependent on having a definite time when the patient was last in their ‘normal’ state and that the time elapsed since symptom onset was no longer than 3 hours.

However, most strokes result in serious, long term disability and exorbitant health care costs regardless of medical interventions.

A TIA is not merely a small stroke, but a temporary disruption of the blood flow to the brain just as that which occurs during a stroke. The difference is that the cause of the occlusion of blood flow is temporary, such as a clot forming and then dissolving on its own. Symptoms usually last up to 24 hours, but most often only continue for 2 to 3 hours. A TIA is a warning sign that a true stroke may occur in the future should something not be done to prevent it.

Patient education is one of the most important aspects of nursing care for TIA patients.

Early identification and effective, timely, intervention are key components to improving the outcome for stroke patients.