66 students were surveyed for this article, the students were from the primary(11), secondary(41) and tertiary(14) level. They sample were from rural(35) as well as urban(31) region. 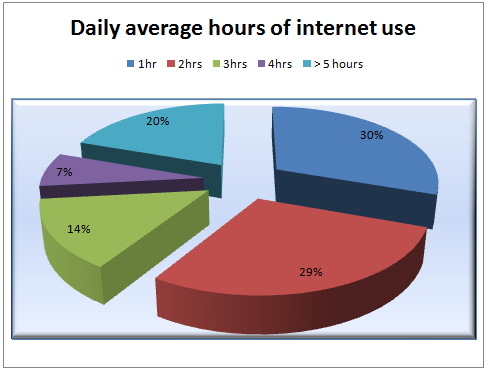 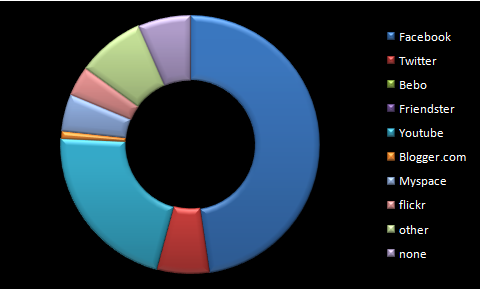 While MySpace attracted the majority of media attention in the U.S and as reported by the statistics on Social Networks (2009) is the most popular social networking sites among teens in the U.S, Facebook is growing in popularity in Mauritius and the survey revealed that all students surveyed and having their profiles on one of the social network are also subscribed with facebook.Facebook is without any doubt Mauritians most favorite social network in 2009.Even with the rise of Twitter among Mauritians,most people prefer to spend more time on Facebook.

Youtube is the second most used SN sites followed by Twitter, surprisingly MySpace is not very well known in Mauritius.

Reasons for not having a profile on any Social Networking Sites 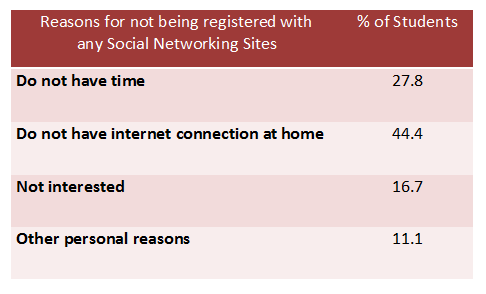 Since the sample was not a random sample, but rather targetting those having emails, the real % of students not having their profile on a social network cannot be determine. However it is interesting to note that the primary students were those who mainly were absent from social networks and the high percentage of students who are not on those sites due to computer or internet facilities being absent. The digital divide is present in Mauritius.

The Number of nodes in the network 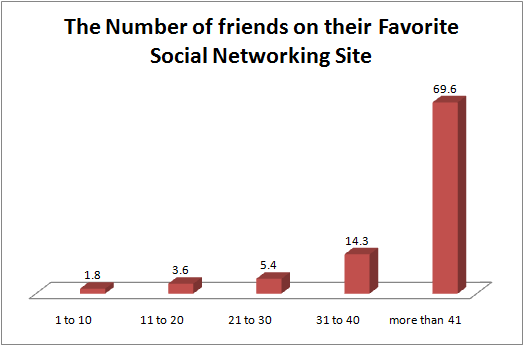 69.6 % of the students have more than 41 'friends' added to their social networks. Girls tend to have more friends than boys. 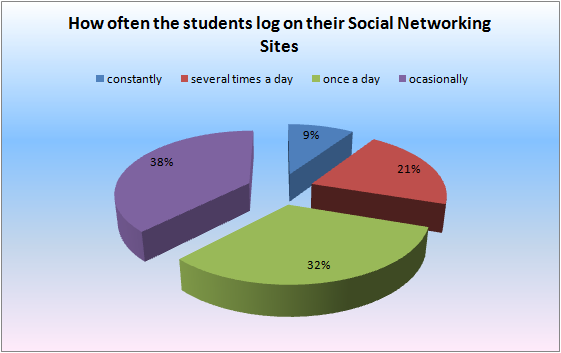 The time spend by students on the Social Networking Sites 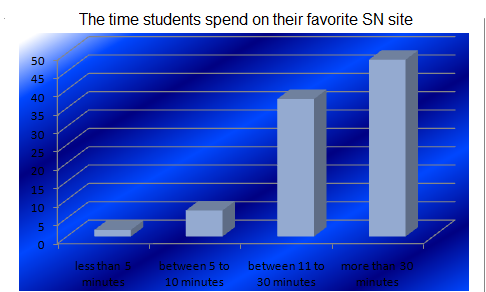 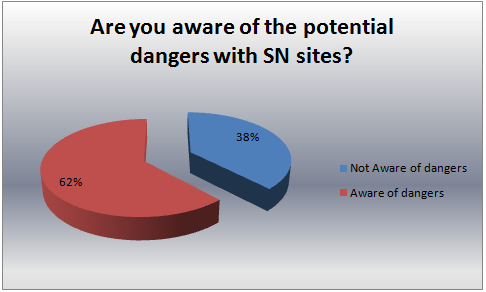 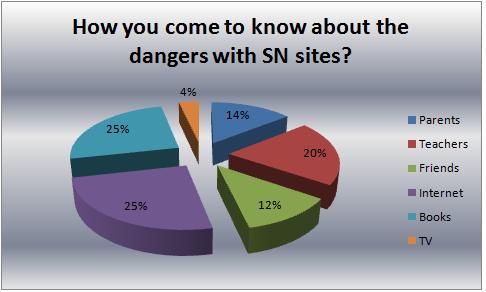 The students read about the dangers associated with Social Networking Sites from the internet and from books and magazines.