There are many dimensions to the concept of "openness in education." Open educational resources (OERs) are arguably the most prominent manifestation of open education in the formal education sector. This week you will participate in a global online workshop and complete your the first e-learning activity which can be submitted for formal assessment in this course.

In this introduction, we begin with a short synopsis of the history of OER and initial microblog reflection. 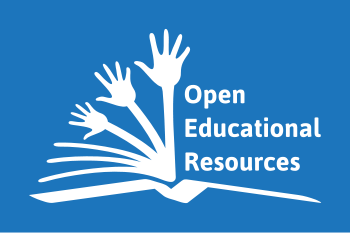 OER logo developed for the UNESCO World OER Congress celebrating the 10th anniversary since adopting the term "Open Educational Resources".
The Internet provides unprecedented opportunities to widen access to education materials for the benefit of society. The following list of events provides a snapshot overview of selected developments illustrating the evolution of OER during its first decade: 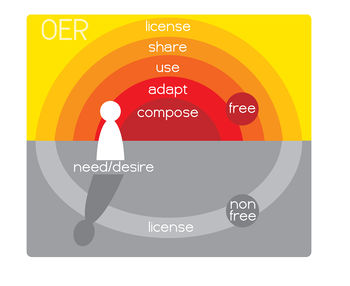 The William and Flora Hewlett Foundation

Much of the progress towards the mainstream adoption of OER can be attributed to the foresight and funding support of the OER programe of the William and Flora Hewlett Foundation who have provided funding support to a number of projects listed in the abridged history above, including for example, MIT's OpenCourseWare initiative, Creative Commons, Wikipedia, projects lead by David Wiley, WikiEducator, P2PU, the OER Foundation and support leading to the adoption of the UNESCO 2012 Paris OER Declaration.