From WikiEducator
< User:Pschlicht(Redirected from My personal Sandbox)
Jump to: navigation, search

L4C Workshop face-to-face and online participants are kindly requested to provide feedback by completing this survey, in order for us to improve our services to the community. Thank you.

Something I really enjoy

A few pictures of things I really enjoy 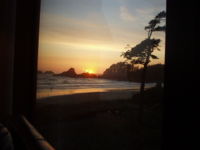 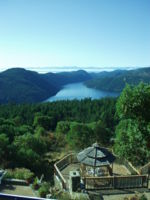 Escaping for the weekend


My once or more in a life time to do list

A little bit of Fun

Traditions not only in Europe

Dinner for One, also known as The 90th Birthday, or by its corresponding German title, Der 90. Geburtstag, is a comedy sketch written by the British author Lauri Wylie, for the theatre in the 1920s. The German television station, the Norddeutscher Rundfunk (NDR) recorded a performance of the piece in 1963, in its original English language. This short comical play subsequently went on to become the most frequently repeated TV programme ever, according to the Guinness Book of Records, 1988-1995 eds.; later editions no longer have the category.

The 18 minute black-and-white 1963 TV recording featuring British comedian, Freddie Frinton and May Warden has become an integral component of the New Year's Eve schedule of several German television stations and Danish national television. It has also been a cult television classic in Germany, Norway, Sweden, Finland, Faroe Islands and Austria:

On New Year's Eve 2003 alone, the sketch was broadcast 19 times (on various channels). As of 2005, the sketch has been repeated more than 230 times. It is famous in other countries as well — including German-speaking Switzerland and South Africa. It is a New Year's Eve staple in Australia on the Special Broadcasting Service (SBS)networkIn 2003 The Danish TV producer, Paul Anthony Sørensen produced and directed an international documentary about the sketch. In the documentary we meet the relatives of Freddie Frinton (the butler James) and May Warden (Miss Sophie) and get to know about the whole story behind the sketch. The documentary was nominated for the Rose d'Or 2004.

The sketch presents the 90th birthday of elderly upper-class Englishwoman Miss Sophie, who hosts a dinner every year for her close friends Mr Pommeroy, Mr Winterbottom, Sir Toby, and Admiral von Schneider to celebrate the occasion. (Note that the plot has nothing to do with New Year's Eve, as is often incorrectly stated. There is a "Happy new year" toast, but this is purely a reference to Miss Sophie's anniversary.) The problem is that given Miss Sophie's considerable age, she has outlived all of her friends, and so her equally aged butler James makes his way around the table, impersonating each of the guests in turn. Miss Sophie decides on appropriate drinks to accompany the menu of the evening, consisting of Mulligatawny soup, Miss Sophie orders (with Sherry) , North Sea haddock 9with white wine), chicken (with champagne), and fruit for dessert (with portwine) served by James, and so he finds himself raising (and emptying) his glass four times per course. That takes its toll, increasingly noticeable in James' growing difficulty in pouring the drinks, telling wine glasses from vases of flowers, and refraining from bursting into song. Even before the alcohol begins to exert its influence, he has trouble coping with a tiger skin sitting on the floor between the dinner table and the buffet.

Have fun watching it. Very humerous.

test pages
WikiEducator get together