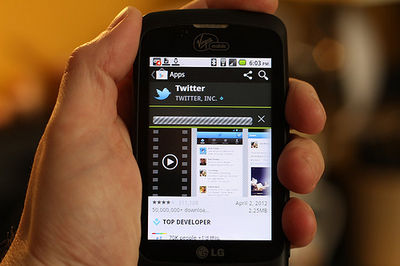 Twitter Android application for smartphone
Twitter is a commercial online social networking service and microblogging service that enables its users to send and read text-based messages of up to 140 characters, known as "tweets"[1].

Twitter has become one of the ten most visited websites on the Internet, and can be described as "the SMS of the Internet."[2] Twitter is the one of the most popular microblogging services and is widely used by educators and learners worldwide.

On completion of this subsection you will: