Module 1: About the United Nations 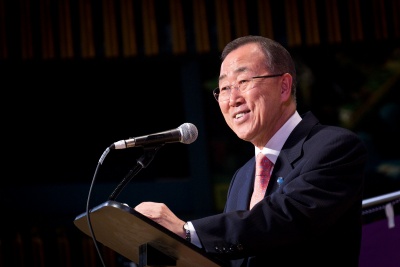 The United Nations (UN) is an intergovernmental organisations that works with states to agree on matter of global importance. The UN was created in 1945 following the most destructive global war that the world had seen. The climate was right to get states into a room and negotiating with one another about international issues such as people movement, poverty and peace and security. Fast forward nearly seventy years, and UN is a large bureaucracy with five major bodies, a staff of over forty thousand people, and an operating budget of approximately five and a half billion US dollars.

In this module, you will be given a basic overview of the history and structure of the UN. You will learn about its current role and mandate, and be introduced to some examples of what it is currently doing.

Week 1: Background and History of the United Nations

Week 3: The United Nations and Reform

Online quiz about the UN worth 20%

You will also be starting to tweet using the course hashtag #UOWMUN to communicate with other students in the course.

There are a whole range of books on the UN system. Below are some of the most useful ones.