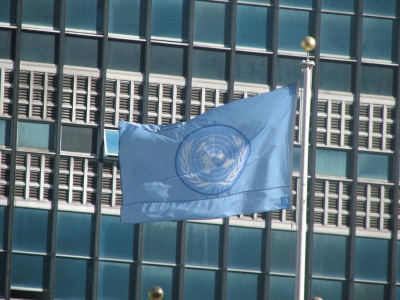 Professor David Freestone is at the George Washington University Law School. He previously worked in the World Bank as a Senior Adviser, Deputy General Counsel, Chief Counsel and Head of the Environment and International Law Group. He is a Senior Adviser to the US Office of the International Union for the Conservation of Nature (IUCN). He is a Visiting Professor at the UN University Institute of Advanced Studies and on the List of Experts in Environmental Law appointed by the Secretary-General of the Permanent Court of Arbitration in The Hague. Here David is interviewed by Susan about the importance of international law, the intricacies of multilateral negotiations and the role of international organisations like the IUCN in multilateral and international negotiations.

Professor Ted Wolfers on Decolonisation and the UN

Edward (Ted) Wolfers is an Honorary Professorial Fellow here at the University of Wollongong. He was the Foundation Professor of Politics at the UOW, has been a key adviser to the Government of Papua New Guinea on a range of issues and an Expert at regional meetings of the United Nations Special Committee on Decolonization. Today he is speaking to Susan about the role of the UN in decolonisation historically and the remaining 17 territories that are still on the Special Committee on Decolonization’s list of territories.

For more details on the UN and decolonisation, including the Special Committee on Decolonization see their UN webpage.