Involvement in the United Nations 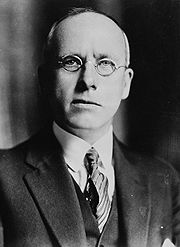 Prime Minister Peter Fraser guided New Zealand's foreign policy in the post-war period, and he played a large role in the creation of the United Nations Organisation also. The UN was founded in 1945 after World War II to replace the League of Nations, to stop wars between countries, and to provide a platform for dialogue.The New Zealand government had always been pro-League of Nations, but with the emergence of the United Nations as a pan-global organisation dedicated to security and peace, NZ stepped up its support. PM Peter Fraser was very vocal during the 1945 San Francisco conference that established the UN (or the UNO as it was known then) and came to be seen as something of a spokesman for the smaller nations of the world. Fraser also opposed the veto right of permanent members of the security council. This increased support for an international organisation was driven by a number of factors:

Fraser was critical of the draft plan for the UN, say it asked the great powers to make 'no pledges, no guarantees and no undertakings.'[1]

The United Nations officially came into existence on 24 October 1945, when the Charter had been ratified by China, France, the Soviet Union, the United Kingdom, the United States and by a majority of other signatories." [2]

Involvement with the Commonwealth

ANZUS was a collective military security treaty signed by Australia, New Zealand and the United States. It was negotiated in 1951, formally accepted by all three countries in 1952 and marked the beginning of New Zealand's movement away from 'mother Britain' towards the emerging super-power, the United States. Terms and obligations. The treaty states: "Each party recognises that an armed attack in the Pacific area on any of the parties would be dangerous to its own peace and safety and declares that it would act to meet the common danger in accordance with its constitutional processes." Issues with the treaty:

Involved Australia, New Zealand, United States, France, Pakistan, Philippines, Thailand. South Vietnam, Laos, Cambodia and was signed in 1954 as a result of the Manila Treaty. It was designed to strengthen nations so they to resist an insurgency but also to: