Why does a leader need the Enneagram?

A leader comes across people of all sorts. The leader needs to understand these types- as often a lot depends on team work and co-ordination. Hence when you as a leader plan work, delegate jobs, co-ordinate work-- you need to know how each person functions. A study of the Enenagram will help you understand each member of your team as a unique person.

The term "enneagram" derives from two Greek words, ennea (nine) and grammos (a figure). The enneagram figure consists of a nine-pointed diagram, usually depicted within a circle.It involves a psychospiritual typology,intended to discover and develop higher states of being, essence and enlightenment. People are classified into nine types and referred to as Ones, Twos, Threes and so on.Each type has some basic fear, desire, vice and virtue.The table below depicts some characteristics of each type. 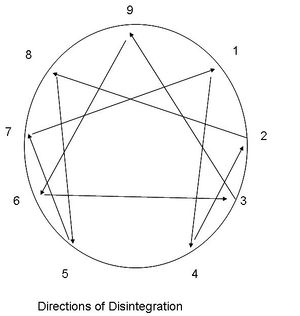 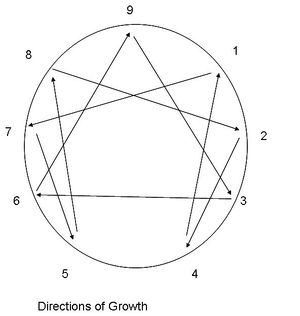 Using the Enneagram in Your institution

One word of caution.... The Enneagram requires deep study. So do not be in a haste to label people as Ones or Twos. what can be done is keep the general traits of the person in mind and deal in such a way that you can use their assets fruitfully.
ONEs are perfectionists. Use their resources in planning and execution. They do not miss details. They often feel others are not working as hard as themselves.Ask them to supervise a programme.
TWOs are very helpful by nature. But they are often overburdened and do not speak of this. Very often they help to make you feel happy.They find it tough to say 'No'. They could be quite manipulative.They are good as team members.
THREEs are achievers. They can get your targets achieved.Their pragmatism and achievement orientation make them useful in a team.They make good leaders.
FOURs are aesthetic and good at imagination. Use these assets, but also expect them to be moody and quite sensitive. Be careful and do not get too harsh with them.They have original ideas.
FIVEs with their analytic and cerebral capacities are useful to any team. But their eccentricities too should be handled well.Fives in your team are good at giving fedback.
SIXes are hardworking but traditional in their approach. They are anxious and need to be put at ease.You could trust them with responsible work.
SEVENs often are the life of a party or gathering. They keep the spirits good. they are needed to keep the organization lively. But be aware that they are quite unstable and may need to be reminded to be serious when the situation demands.
EIGHTs seem like bulls in a china shop. They appear dominating and so in a team we have to watch that they do not intimidate the others. Their assets are their outspokenness and their justice orientedness.
NINEs are the Peacemakers. They do not like to be ruffled. They are useful to mediate in volatile situations. However their easy going nature should be checked.

How to help different types

You can help a ONE by acknowledging his efforts, encouraging him/her to lighten up if he/she is too tense.
You can help a TWO by reassuring him/her that he/she is loved, by not burdening him/her too much, taking an interest in his/her problems(though it is more natural that a TWO is interested in your problems)
You can help a THREE by letting him do his work, by giving honest feedback, by appreciating his work.
FOURs are helped by respecting their sensitivity, helping them to love and value themselves
FIVEs can be helped by giving them time and space, respecting their privacy and by avoiding being too clingy.
You can help a SIX by accepting his anxiety, gently encouraging him to try something new, not overreacting
SEVENs need you to be accepting, appreciative. Engage in their enthusiasm
EIGHTs do not like you gossiping.They love their space. Praise them but do not flatter them. They are volatile and speak assertively... accept this ...that's the way they are,
NINEs cannot work under pressure.They need their own time to do things ...so don't rush them. But at the same time they could do with gentle prodding.