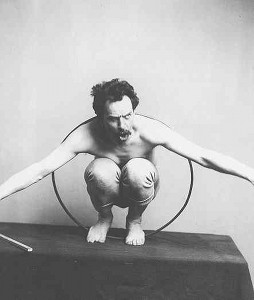 Why learn theory? "Theories are analytical tools for understanding, explaining, and making predictions about a given subject matter" (http://en.wikipedia.org/wiki/Theory). Theories help to direct our thinking and provide a common framework from which people can work. Oftentimes through the process of using a theoretical framework, we discover that it lacks explanatory abilities. When that happens, it is modified or even abandoned.

Proposed in the 19th century, social evolution, which is sometimes referred to as Unilineal Evolution, was the first theory developed for anthropology. This theory claims that societies develop according to one universal order of cultural evolution, albeit at different rates, which explained why there were different types of society existing in the world. E. B. Tylor, Lewis Henry Morgan, and Herbert Spencer (a sociologist) were the most notable of the Nineteenth-century social evolutionists. They collected data from missionaries and traders; they themselves rarely went to the societies that they were analyzing. They organized these second-hand data and applied the general theory they developed to all societies.

Social evolutionists identified universal evolutionary stages to classify different societies as in a state of savagery, barbarism, or civilization. Morgan further subdivided savagery and barbarism into sub-categories: low, middle, and high. The stages were based primarily on technological characteristics, but included other things such as political organization, marriage, family, and religion. Since Western societies had the most advanced technology, they put those societies at the highest rank of civilization. Societies at a stage of savagery or barbarism were viewed as inherently inferior to civilized society. Spencer’s theory of social evolution, which is often referred to as Social Darwinism but which he called synthetic philosophy, proposed that war promoted evolution, stating that those societies that conducted more warfare were the most evolved. He also coined the phrase “survival of the fittest” and advocated for allowing societies to compete, thereby allowing the most fit in society to survive. With these ideas, Spencer opposed social policy that would help the poor. Eugenicists used Spencer’s ideas to promote intellectual and ethnic cleansing as a ‘natural’ occurrence.

There are two main assumptions embedded in social evolutionism: psychic unity and the superiority of Western cultures. Psychic unity is a concept that suggests human minds share similar characteristics all over the world. This means that all people and their societies will go through the same process of development. The assumption of Western superiority was not unusual for the time period. This assumption was deeply rooted in European colonialism and based on the fact that Western societies had more technologically sophisticated technology and a belief that Christianity was the true religion.

Franz Boas and his students developed historical particularism early in the twentieth century. This approach claims that each society has its own unique historical development and must be understood based on its own specific cultural and environmental context, especially its historical process. Its core premise was that culture was a “set of ideas or symbols held in common by a group of people who see themselves as a social group” (Darnell 2013: 399). Historical particularists criticized the theory of the nineteenth-century social evolution as non-scientific and proclaimed themselves to be free from preconceived ideas. Boas believed that there were universal laws that could be derived from the comparative study of cultures; however, he thought that the ethnographic database was not yet robust enough for us to identify those laws. To that end, he and his students collected a vast amount of first-hand cultural data by conducting ethnographic fieldwork. Based on these raw data, they described particular cultures instead of trying to establish general theories that apply to all societies.

The Historical particularists valued fieldwork and history as critical methods of cultural analysis. At the same time, the anthropologists in this theoretical school had different views on the importance of individuals in a society. For example, Frantz Boas saw each individual as the basic component of a society. He gathered information from individual informants and considered such data valuable enough for cultural analysis. On the other hand, Alfred Kroeber did not see individuals as the fundamental elements of a society. He believed a society evolves according to its own internal laws that do not directly originate from its individuals. He named this cultural aspect superorganic and claimed that a society cannot be explained without considering this impersonal force.

Learn more about the anthropologists