Ethnography is both a research strategy where intense observation and participation in the subject group is undertaken and the final product of fieldwork, e.g., the written result such as a book. The ethnographer, or cultural anthropologist, tries to get information from many angles to see whole picture--again, striving for that holistic view.

There are multiple methodologies that can be employed: 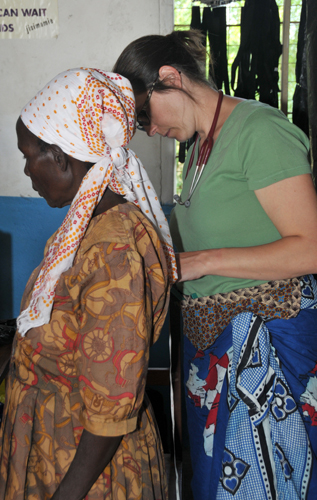 1) Participant Observation – this the hallmark of anthropology. This method was pioneered by Branislaw Malinowski. Usnig this method, the ethnographer not only observes but participates in the activities of the culture. In this manner, anthropologists attempt to record the emic, or insider's view of the behavior, as opposed to the etic, or outsider's view. This does not mean that the emic and etic are mutually exclusive; they can compliment one another by giving both subjective and objective interpretation.

2) Informant - an informant is a key individual—usually someone with a lot of knowledge about the group being studied. This individual is interviewed and used as a contact point with the group. The problem with this is that the researcher only gets a small picture of what’s going on.

3) Interviews - from casual to structured conversation; systematic conversation with informants works best when the ethnographer has learned the language. Interpreters can and are used; however, it is always best to be able to learn the language oneself. Not only does it lessen the chance of misinterpretation via a third person, but it helps build confidence with the culture group being studied.

4) Genealogical Method - this method is strictly about learning the kinship, family, and marriage patterns of a group. It is a basic method used to help anthropologists understand social relationships and history.

5) Life Histories - this method relies on getting the personal history of an individual. This can help anthropologists arrive at some insights into perceptions about a culture. It can help the researcher understand the emic. Ideally, several life histories would be collected in order to get more balanced information.

6) Interpretive Anthropology - ethnographers produce ethnographies, which are reports on their ethnographic work. Over the years the approach to writing ethographies has changed. Early ethnographies used the etic approach to portray a scientific, objective view of the society. This approach is referred to as ethnographic realism. In the 1970s there was a movement to use an emic approach. This was an endeavor to try to get past the researcher's ethnocentrism to understand the natives’ viewpoint. From this, interpretive anthropology arose. Interpretive anthropology requires the ethnographer to reflect on what their presence is doing to the study group as well as what it is in their personal culture that is impacting the interpretation of what they observe. It also allows for the ethnographer to relate their own feelings and reactions, all in the attempt to understand their interpretation.

8) Ethnohistory - this approach requires library and archival research; ethnohistorians attempt to reconstruct the history of a people using both their own accounts and those of outside observers. In this manner, ethnohistorians try to understand the modern condition of a people by understanding the historical events and processes that got the group to where they are now. 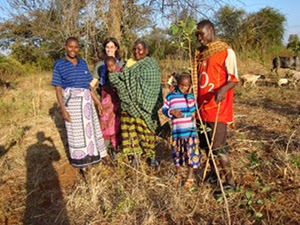 The first step is define a problem and choose a field site. Identifying a problem can happen multiple ways; it might stem from something an anthropologist has read about; it might begin with a long-term interest in a particular region or country, or in the case of graduate students, it might be a class that captures an interest.

The second step is to do background research. Before leaving for the field it is imperative for anthropologists to do a thorough literature search. This involves doing library research to determine what research has already been done by other anthropologists. It also involves learning about the area in which they are going to study--the history, politics, environment, climate, customs, etc. It is particularly important for anthropologists to find out if there are legal restrictions for working outside of their home country. Many anthropologists do mini-trips to their research ares to make preliminary contacts, learn the language, and make plans for a longer stay.

The third step is actually going to the field to conduct research. this can be the most exciting and most nerve-racking part of anthropological work. Until steeped in the local traditions, there is always a chance that the researcher will unwittingly violate local norms, making it more difficult to get to know the study group. Being in the field can lead to culture shock. One of the first things anthropologists will do in the field is find a place to live. Choosing to live in the same place as the study group is the best way to conduct research, but living in close proximity can make it difficult for the anthropologist to remain neutral in local conflicts, something that is important for the researcher to do.

Once settled in, data collection can begin. Anthropologists can collect both qualitative and quantitative data while in the field. Qualitative data might include information gleaned from interviews or participant observation. Quantitative data could be anything that can be measured statistically, e.g., mortality rates, birth rates, etc.

The interpretation of data occurs both in the field and once the anthropologist returns home. Hopefully, the research will be published in some form, whether that be in an academic journal or as an ethnography. If the data is not published then it does not do the academic comunity much good as the information is inaccessible.

No matter the technique and ethnographic approach, it is obligatory that cultural anthropologists conduct ethical research. This includes getting informed consent, which means that the group/person under study agree to take part in research. It will probably include seeking the permission of national government, local government, and individuals. Cultural anthropologists must always put the welfare and interests of research subjects before their own research.

Part of the challenge in making ethical decisions is the fact that anthropology has always been an activist discipline. E. B. Tylor claimed that, "the science of culture is essentially a reformer's science" and Ruth Benedict said that the "purpose of anthropology was to make the world safe for human difference." John Bodley has been quoted saying that anthropology is a subversive science. So where do anthropologists draw the line between objective research and intervention? While do no harm is part of the anthropologist's code (see the American Anthropological Association for resources on ethical research), each anthropologist has to come to this determination on their own or in consultation with each other.

Cultural relativism is the idea that traits can only be understood within their cultural context. If we consider cultural relativism on a spectrum, then one extreme holds that all traits are good within their cultural context…as stated by Conrad Kottak in Mirror for Humanity…Nazi Germany would be evaluated as non-judgmentally as Athenian Greece using this extreme. On the other end there is the idea that there is no way to be truly culturally relative because we are all human beings with cultural baggage—have ideas about what are right and wrong. Robert Reed, a former professor at The Ohio State University once said that we can be culturally relative and still disagree with a behavior if, and this is an important if, if we try to understand why that behavior exists in the group. In other words, why do people practice the behavior. This may impact the decision to intervene.

A big question that every cultural anthropologist has to think about is this: What do you do if intervention could change the culture? Is that our role as researchers? Most anthropologists would say that it isn’t our job to change things; however that doesn’t mean we can’t give people information that they can use as they will.

Another question that cultural anthropologists face is what to do when a cultural trait interferes with an individual’s human rights? Where is the ethical line in that situation? Recently in anthropology there was a heated debate about anthropologists working for the US government in Iraq (click here to read the New York Times article). Since WWII there has been mistrust in the anthropological community regarding governments and especially the military. In WWII, the military wanted to use anthropological studies to help develop military strategy against the Axis powers. Many anthropologists had trouble with that as the information would be used in a manner that did not advance the welfare of the people studied. It’s the same situation today with the Iraq war.

Perhaps one of the most critical ethical debates in anthropology in general is that of informed consent. Informed consent includes the "...full disclosure of research goals, research methods, types of analyses, and reporting procedures" (Bonvillain 2010: 62). In April 2010, the New York Times ran an article about alleged misuse of DNA samples collected from the Havasupi tribe in 1990. This article highlights the issue of informed consent.

The privacy of research subjects is important. Personal information is frequently shared, information that the subject many not have shared with their family, friends, or community. Sometimes if that private information was made public then the subject could be ostracized, ridiculed, or even brought under investigation. Therefore, protection of the subject's identity is of paramount importance.

To this end, pseudonyms such as changed names or numerical identification is assigned to subjects and informed consent is obtained. Details about the informant may be changed to prevent identification, e.g., hair color may be changed, or content that could be used to identify a subject is left out of the published narrative. Protection of privacy can get tricky. For example, in the United States, the information collected by an anthropologist is not protected under the First Amendment. In a court case, anthropologists could be subpoenaed to turn over any field notes or recordings made of their subjects (Welsh and Vivanco 2016). Sometimes, the communities being studies want access to field data. Communities that request this generally contend that since they are the data, then they should be able to access the data. When this occurs, anthropologists negotiate with community leaders to determine what information will be shared. This still provides the anthropologists the opportunity to protect the identity of individuals.

The American Anthropological Association has a number of real ethical dilemmas posted on their web site. These posts also include comments by other anthropologists— sometimes agreeing with the researchers decision and sometimes not. It’s interesting information and I urge you to take a look at a couple of the cases.


Next Page: Theory in Cultural Anthropology