How do you determine Rotational Inertia of Geometrical Bodies?

A pulsar is a rapidly rotating neutron star that emits radio pulses with precise synchronisation, one such pulse for each rotation of the star. The period T of rotation is found by measuring the time between pulses. At present, the pulsar in the central region of the Crab nebula has a period of rotation of T=0.033 s, and this period is observed to be increasing at the rate of 1.26 x 10 [math]^-[/math][math]^5[/math] s/y.

(b) If its angular acceleration is constant, how many years from now will the pulsar stop rotating?

(c) The pulsar originated in a supernova explosion seen in the year A.D. 1054. What was T for the pulsar when it was born? (Assume constant angular acceleration since then.) 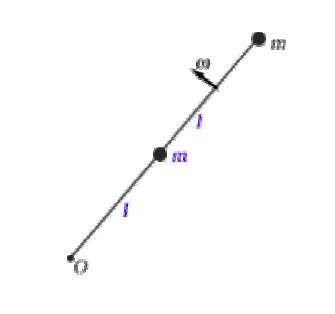 A uniform thin solid block of mass M and edge lengths a and b is as shown in the figure. Calculate its rotational inertia about an axis through one corner and perpendicular to the large faces. 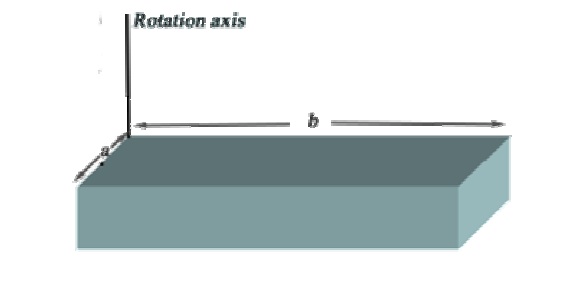 The radius k of the equivalent loop is called the radius of gyration of the given body.