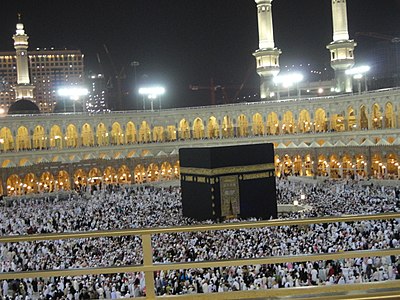 A pilgrimage to Mecca (called the hajj) is an important duty of all Muslims and should be undertaken by all able-bodied Muslims at least once during their lifetime. This is a photo of the Kaaba at the heart of Mecca.

Religion is also an important factor in society and influences both individual and collective human behaviour within that society. It has also been impacted by historical issues and events and often provides insight into the movements of peoples and the interactions of different civilisations.

Overview of your study of this section

Some religions may rely on oral traditions, rather than written records, to convey its key ideas and conventions. If this is applicable to your selected religion you should include this in your examination.

Finally, you should also examine and explain the ways in which your selected religion has influenced the values, society and behavior of a state in the Asia-Pacific and where it is practised throughout the region.