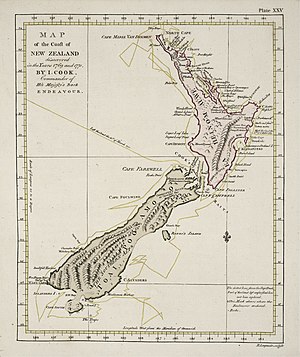 A map of New Zealand drawn by Captain James Cook. Cook was a British explorer, cartographer and navigator who charted much of the Pacific region during his voyages there.

In this learning pathway we start to think about when Europeans started to explore and colonise the Asia-Pacific region.

You should think about the patterns of European colonisation in the region, the impacts it had in the immediate aftermath, and the ongoing legacies for those living in the region today.

On successful completion of this section, you will be able to: