This experiment is tried and trusted.

During this activity the students will be learning about sound waves and frequencies while using their senses.

Figure 3: A Diagram of a Human Ear 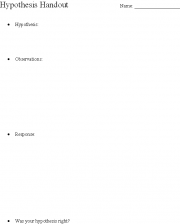 Hearing is the sense of sound perception.

The Ear drum is a thin membrane that vibrates when sound waves reach it causing a person to hear.

The nerves transmit the sound waves that have been converted into electric impulses to the brain, which translates the electrical impulses into the sound that a person hears.

Frequency is the number of occurrences of a repeating event per unit time.

We first started the lesson by introducing the activity. As a group we talked about sound frequencies and how they worked. From there we told the students what we wanted to do as an experiment. We explained that we were going to be measuring water into glass wine glasses and that we would be using our fingers to circle around the top of the glass to try and create a frequency. We also asked students to create a hypothesis about what they thought was going to happen with the glasses in relation to sound.

We allowed the children to then play around with the wine glasses making music of their own choice. After allowing them some free time with the "water organs" they were asked to complete a handout regarding whether their hypothesis was correct and to reflect on what they had learned.

A potential pitfall of this experiment is that it may take a minute to get the glasses working and making a sound. There is also the danger of breaking a glass, so students and teachers should be very careful with the glassware.

The students will be asked to measure the amount of water that goes into the wine glasses. They will then record the measurement on a graph. Once they have recorded their measurement they will test the water glass for high or low frequency. The end graph should be a relation between the amount of water and the frequency in the glass. (since it is hard to find the exact measurement for frequency that part of the graph can simply be based on high or low or somewhere in the middle scale).

The literature connection to this unit is The Magic School Bus Explores the Senses by Joanna Cole & Bruce Degen. This book does not deal directly with sound waves; it does however talk about how the ear interprets sound, so if that's a route you want to take this book would be PREFECT!

The art connection in this activity is the sounds that the students will be producing. They will be using these sounds to create music and songs.

This activity meets the educational standards of Vermont in a few different ways:

In this lesson the main focus was put on sound. The students we taught about sound waves and frequencies, while also unknowingly learning about the distances that sound travel by using the tuning forks. However, there are different avenues that one could take to try and expand on this experiment. The students could explore more with sound by making other instruments that allow the students to hear more of a variety of frequencies. (See Good Vibrations for a great lesson involving other homemade instruments!). Students could also learn about the anatomy of a human ear. Exploring how the ear works and the different parts of an ear would allow students to have a better understanding of how and why they can hear sound waves.

Overall the lesson went GREAT! The water glasses worked very well and no one had trouble making sound with them. The tuning forks didn't work well in relation to the glasses but they were a fun add on that helped the students talk about sound. When the students first came into the lesson some of them knew some things about sound. For instance some of them knew that sound is caused by vibrations. Other students didn't really know anything except that we hear sound with our ears. However based on their knowledge we were able to bring in an example of sound in relation to water to help them connect to the lesson. We were able to ask students what happens when you drop a stone into Lake Champlain? What kind of sounds do you hear? What do you see happening? These questions were definitely a must do component of the lesson. Another must do component is that students have to listen to the other sounds from all the glasses and experiment with how the water level changes the sound. It would have been great if the tuning forks worked but without them the lesson was still good.