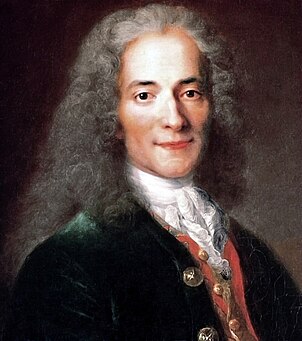 1. to enable the student to understand the main points of the French Revolution.

2. to help the student to know about the causes & events of the French Revolution.

3. to help the student to realise the significance of the French Revolution.

We will study the Causes,Events & Significance of the French Revolution.


A revolution is a fundamental change brought about intentionally when injustice is inflicted on society.People are aroused to action & a new system based on new values replaces the old one.

The French Revolution was outwardly a revolt against monarchy.The underlying inspiration was bringing about social equality.

Seventy five years after the death of Louis XIV, France lost her glory.In 1789 the people revolted against King Louis XVI & brought about his down fall.the political upheaval is known as the French Revolution.

The causes of the revolution ; 1.SOCIAL CONDITIONS a. French society was divided into three estates,the priests & the clergy formed the first estate,nobles& landlords made up the second estate,

b. the first two estates had all the political & economic powers,privileges & they did not pay taxes.Political & military affairs were reserved on hereditary principle.

c. the third estate had no political & economic powers separate laws. There was a great gap between the first two estates & the third one.

2.UNJUST TAXATION ; a.French economy was feudal in nature.Priests & nobles were exempted from paying taxes.The burden of the taxes fell on the third estate.Louis XIV had cancelled some political powers of the nobles but their economic & social privileges remained the same.The common man had to do forced labour, build roads & pay the salt tax & the tithe-1/10 of their income to the church.

3.UNJUST JUDICIAL SYSTEM :a. The judicial system was based on inequality.Codes of laws were different from province to province.

c. The common man resented the all pervading social inequality.

a. It was not a homogenous group as all the people who did not belong to the first two estates were members of the third estate.

b.They were the real architects of France's prosperity, & were responsible for the intellectual & cultural glory of France,& the food production.

.INFLUENCE OF THE PHILOSOPHERS Montesquieu,Voltaire & Rousseau awakened the masses to revolt against social injustice.

a. Montesquieu[1689-1755]-- A nobleman& a lawyer,he was aware of the unjust judicial system He studied the British judiciary& came to the conclusion that the french judiciary lacked freedom, equality & impartiality as the powers were concentrated 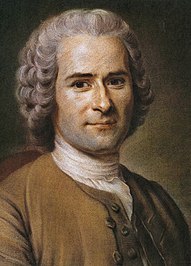 with the monarch.He recommended separation of the powers of the legislature,executive & judiciary to guarantee freedom, equality& protection

c.Rousseau [1712-1778]---The ideas of Rousseau awakened the revolutionary spirit in the people. It is rightly said that without Rousseau the revolution would not have taken place.He is the inspiration of the revolution. He said" Man is born free but finds himself in all kinds of bondage." He is subjected to restrictions,Society accepts them& a political state is created. It is an unwritten contract & if it fails to abide by the terms of the contract,people have the right to overthrow the state authority.

EFFORTS TO IMPROVE THE CONDITiONS --a.King Louis XVI tried to improve the .condition in France with the help of his finance ministers,Turgot, Necker & Calonne & tried to overcome the
financial crisis

b.The minister advised the King to make the nobles pay taxes but they refused to do so & have any curtialment in their privileges.King Louis XVI was forced to convene the Estate- General after a lapse of nearly   175

THE EVENTS OF THE REVOLUTION.1.THE ESTATES GENERAL AND THE TENNIS COURT OATH. a.The third estate suggested that all the representatives of the three estates should meet to solve the financial crisis.The first two            estates refused to meet with the third estate& the army surrounded the hall,
b.The angry representatives assembled on the tennis court near the royal palace claiming to be the true representatives of the people.They declared themselves as the National Assembly& took the oath to remain united till the people's sovereignty was established.It was the beginning of the revolt between the feudalism & the common people.

c. When the people were ordered to leave,Mirabeau said "We are here by the will of the people & nothing but bayonets will drive us out.The soldiers refused to obey the order to fire on the people & this was their triumph.This incident took place at Versailles.

2.THE FALL OF BASTILLE---a.It became a symbol of liberty as the people openly revolted against the King LouisXVI. On 14th July ,1789 the prison of Bastille was attacked by the people.

c.14th July is celebrated as the Independence Day of France.This was the first violent incident of the French Revolution.

3.THE CONSTITUTION OF FRANCE --a.The mobs in Paris became the leaders after the fall of Bastille. The National Assembly tried to control the mobs & proclaimed the"Declaration of rights"

b. The constitution of France was drafted by the National Assembly on the basis of the principles of Liberty,Equality & Fraternity. It was adopted on 14th September,1791.

Its features were--1.It curtailed the powers of the king.2.Political privileges of the nobles & priests were abolished.3. By its resolution of 4th August,1789,the National Assembly abolished Feudalism in France.

c. King Louis XVI appealed to the European monarchs for help.The king, queen& the prince were arrested when they were trying to escape from France in disguise. The royal family was imprisoned.

d.France was declared a Republic on 22nd September,1792 & on the 21st January,1793King Louis XVI was beheaded.This gave rise to the reign of terror,the bloodiest phase in the revolution.

4.REIGN OF TERROR---a.-It lasted from 1793 to1795. Thousands of innocent people were beheaded by Robespierre merely on suspicion.Tired of bloodshed, the people arrested Robespierre & beheaded him on 28th July,1794.

b.Napoleon Bonaparte,an intelligent,efficient & ambitious general crowned himself as Emperor& the French Republic came to an end on 18th May,1804.

5.EFFECTS & SIGNIFICANCE OF THE FRENCH REVOLUTION---

b.Republic principles were established in France. It was a successful revolt of the people.

c.The principle of sovereignty of the people as enshrined in it has become the foundation stone of modern world.

d. It permanently established the fact that despotic rule is unethical.It gave the world the principles of Liberty,Equality.Fraternity., Constitutionalism & Democracy.

e. It has inspired enslaved nations to launch freedom struggles. It has influenced social reformers in India. The Indian Constitution has regarded the French principles as its foundation.

The French Revolution has changed the world psyche & it is rightly regarded as as epoch-making & a significant event in the history of mankind.

RECAPITULATION ------1Describe the causes of the French Revolution.

2.What is meant by a revolution?

3.What efforts did Louis XVI make to improve conditions in France?

4.What oath did the people take?

5.What are the features of the French Constitution?

6.State the effects of the French Revolution.

ASSIGNMENT---------- Why is the French Revolution described as an epoch - making revolution? <a _fcknotitle="true" href="Make a new page">Make a new page</a>

Here is the link to the FRENCH REVOLUTION Presentation https://docs.google.com/open?id=0B_i_xbR6A8T7T1pnS0ZCTGNMbWs <u</u>