Swiss psychiatrist Eugen Bleuler used the word “autism” in a clinical sense for the first time in 1911. He used the word when describing adult schizophrenic patients “autistic” withdrawal to his fantasies. (Timonen 2009, 261.)

He also named schizophrenia (disintegration of the process of thinking and of emotional responsiveness), a disorder which was previously known as dementia praecox.

Lauretta Bender believed that autism and schizophrenia were the same phenomenon, but occurred at different ages. She was the first one to use term "childhood schizophrenia" in addition to the concept.
Nowadays they are recognized as separate disorders. (Timonen 2009, 262) 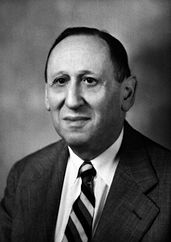 In 1943 Leo Kanner described children who had delayed their development, but differed from the mentally disabled in his article "Autistic Disturbances of Affective Contact" which was published in 1943. Children were characterized by the difficulty of creating emotional contact with other people. Because he thought it was a distinct syndrome occurring in early childhood, he began to talk about "early infantile autism" (childhood autism). (Timonen 2009, 263)

In 1944 Hans Asperger described in his article "Die autistischen Psychopaten im Kindersalter" syndrome, which is still used as "Asperger’s syndrome". It was similar to Kanner's syndrome. These children, however, had quite good ability to linguistic expression. In addition, these children had an excellent memory, in particular related to visual observations. Hans Asperger assumed that it was not the same syndrome as Kanner’s. (Timonen 2009, 263)