Welcome to the Biodiversity Site... 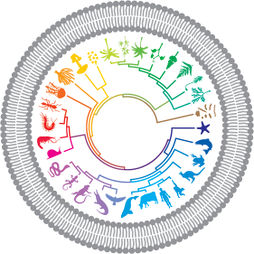 The biodiversity of the planet is the result of evolution. In any ecosystem, there is a huge interdependence between species and it is clear that biodiversity is essential to maintain ecological balance and stability.

The Need to maintain Biodiversity

Biodiversity is in decline – mostly as a result of a variety of man’s activities. It is now well understood that it is important to try and halt this decline – indeed, conservation measures are needed, not only to halt the decline, but to try and restore as much biodiversity as possible.
The need to maintain biodiversity may be considered in terms of biological reasons or reasons from a human perspective :

As mentioned above, it is essential that biodiversity is maintained if ecosystems (and the whole planet) are to remain ecologically balanced and stable.
In addition, evolution has resulted in diverse gene pools within populations – the maintenance of these gene pools and the genetic diversity of species is extremely important if species are to be prevented from becoming extinct.

Other species of animals and plants provide an important resource for humans.
These may be

Reasons why species have become endangered

In African ecology, the elephant is regarded as a keystone species. In 1930 there were estimated to be 5 – 10 million African elephants. By 1979 the number was reduced to 1.3 million and when it was officially added to the endangered list in 1989, the numbers had fallen to around 600,000 - less than 10% of its numbers earlier in the twentieth century. 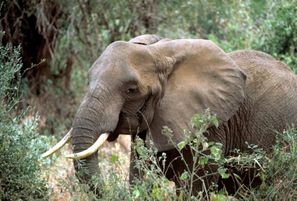 A number of factors contributed to this dramatic decline in numbers:

Summary about African elephants
• IUCN Red list status = vulnerable
• CITES Listing Appendix I except Botswana, Namibia, South Africa and Zimbabwe, Appendix II
• Habitat loss – competition between humans and elephants for space, trees and grazing leading to loss and fragmentation of the elephant habitat
• Hunting and poaching – for trophies, ivory, protection of villages and for bushmeat

Other species which are endangered include the orangutan.

There are a variety of ways in which attempts are being made to protect endangered species and prevent them becoming extinct. The extent to which these attempts are successful is somewhat variable.

One way of protecting endangered species of animals is to capture some from the wild and place them in captivity. In this way, it is possible to make sure that they are well fed, protected from predators and disease and isolated from other potential problems which might be encountered in their natural habitat. If such animals are simply placed in zoos, the zoo is really acting as an ‘ark’ and little is actually being achieved in terms of maintaining or increasing populations in the wild. If the animals will breed in captivity, then it is possible to maintain or
even increase numbers. If such captive-bred individuals can be returned to their natural habitat, then it might be possible to increase numbers in the wild, thereby preventing the endangered from becoming extinct. 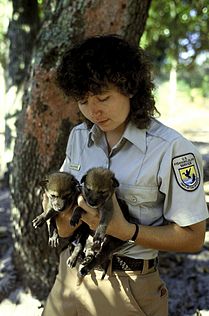 Captive breeding has a number of advantages: 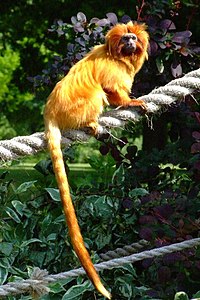 You are required to visit the following sites: 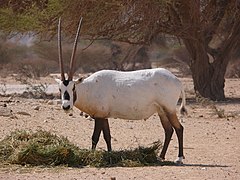 You are required to visit the following site:


There are a number of reasons why animals do not always breed successfully when in captivity:

Release of captive-bred individuals into the wild

Problems which reduce the success rate of releasing captive-bred individuals include :

Some of these problems are being overcome by making sure that conditions within zoos are as close to the natural habitat of the species as possible. Contact with humans is kept to an absolute minimum and individuals can be ‘acclimatised’ in cages before they are actually released into their natural habitat. 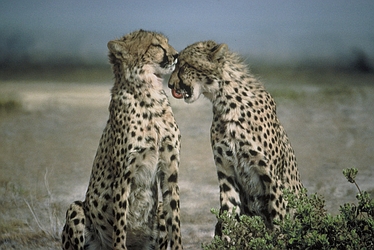 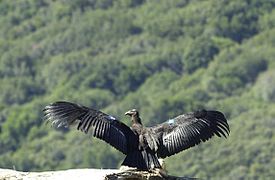 You are required to visit the following sites:
http://bna.birds.cornell.edu/BNA/account/California_Condor/CONSERVATION_AND_MANAGEMENT.html
Detailed overall review of Captive Breeding and Reintroduction
http://darwin.bio.uci.edu/~sustain/bio65/lec23/b65lec23.htm

Endangered species of plants can be grown in botanic gardens. Clearly, it is possible to create ideal growing conditions – either outdoors or in glasshouses, when it is possible to control very carefully the growing conditions. This applies to the availability of light, nutrients, water and the atmospheric conditions.
Within such botanic gardens, it is also possible to propagate endangered species – either by growing from seed or by some means of vegetative propagation, such as cuttings. Techniques of tissue culture also allow large numbers to be produced very quickly.
This allows the possibility of re-introducing endangered species of plants into their natural habitat.

You are required to visit the following sites:

Many plants produce seeds which are very long-lived and large numbers can be stored in a relatively small space. Such a collection of seeds is referred to as a seed bank. The life span of such seeds can be extended if they are kept in carefully controlled conditions – especially in an atmosphere of low oxygen levels, moisture and temperature.


Given that the seeds will contain all the genetic material of any given species, it also means that the gene pool of that species is being maintained.


Clearly, if the seeds of endangered species are stored in this way, such seeds can be germinated at any time and plants can be grown in Botanic gardens or restored to the wild. Some species produce seeds which have a limited longevity (e.g. cocoa, rubber, coconut) – keeping their seeds in seed banks is not possible. Such plants would need to be maintained in botanic gardens. 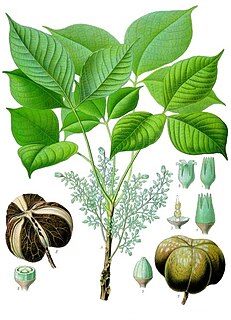 Rubber Tree and Seeds
You are required to visit the following sites:
http://www-saps.plantsci.cam.ac.uk/osmos/os24.htm

National Parks (and other protected areas)

Many countries have designated areas, such as National Parks, which are set up to conserve rare / endangered species and maintain important habitats. Often, legislation is passed to ensure that such areas are protected under the law. 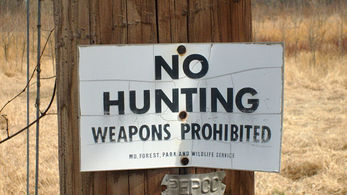 The ways in which National Parks protect their resident species include :

In addition to National Parks (which usually occupy large areas of land), different countries can also create other categories of conservation areas if they contain species or habitats which need some form of protection

Mauritius has an area of 1,865 km2, of which 30% is considered forested. The area of good quality native forest, (i.e. that with more than 50% native plant cover, Page & d’Argent 1997), is estimated to cover less than 2% of the island (NEAP 1999, MWF unpublished). The rest consists of plantation forestry, deer-ranches or highly degraded vegetation invaded by alien plant and animal species. As a result Mauritian biodiversity is amongst the most threatened in the world.


There are 671 species of indigenous flowering plant recorded in Mauritius, of which 311 are endemic (Mauritius has eight endemic plant genera), and 150 are endemic to the Mascarene Archipelago (Page & d’Argent, 1997; Strahm, 1994). 77 of these indigenous species are classified as extinct. Of the extant flowering plant species, about 35% are already classified as threatened as per IUCN criteria (Bachraz & Tezoo, 1997).


Furthermore, 24 of the 52 native species of forest vertebrate that were known to have occurred on Mauritius and adjacent islets are now extinct, including the Dodo (Raphus cucullatus), a giant parrot (Lophopsittacus mauritianus) and two species of giant tortoise (Cylindrapsis spp.). Many of the extant species are threatened.


To read more about the Mauritian Biodiversity, please click on the following link: http://www.gov.mu/portal/goc/moa/file/chap24a.pdf


Video 2: What is Biodiversity?

Please use this section for discussions, Sharing of ideas, and links (By clicking edit on the top right, and then choosing rich editor before starting to type). Note that you need to sign in to be able to give your views. For more editing information, please see the guideline page.

Some further readings which you can do are: