This project has been tested and approved by many scientists of all ages! It was created for students in the first grade.

Briefly list the concepts to which this activity will expose students. 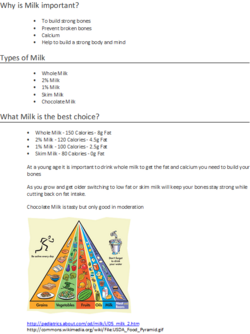 This activity will create beautiful and colorful designs in your cup of milk, using simple, household materials! As you add the detergent into the milk, it reduces the surface tension and dissolves the fat molecules. The more fat in the milk the better! As the detergent pulls the surface away from the spot in which you dropped it, watch your milk become tie-dye before your eyes! ZoomScience

There is always a chance that the colors will not mix or will mix so well that they will become one color. Using milk with a higher or lower fat content may also change the results.

Why is Milk important?

What Milk is the best choice?

In this science experiment, the students will observe three colors in the milk that will combine and potentially create new colors. This experiment is a helpful tool to expand upon color combinations and the color wheel! 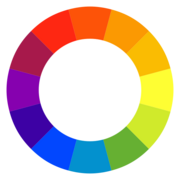 The three primary colors on the color wheel are placed equidistant from one another. They cannot be mixed or formed by any other colors. All colors are formed from these three colors.
Secondary Colors

These colors are created by both the primary and secondary colors.

This experiment is connected to many Vermont Educational Standards, including:

7.2 Students design and conduct a variety of their own investigations and projects

7.5 Students analyze the roles and responsibilities of scientists, mathematicians, and technologists in social, economic, cultural, and political systems

Information on Vermont standards taken from Vermont Department of Education

Take what you learned through this experiment into your own life! What did you learn about milk, and the nutritional values that it has? What type of milk is better for you? Based on the findings in this experiment, the dish soap separates the fat in the milk, just like it does to the grease on your dirty dishes. The food coloring takes the place of the fat in the milk. If we had done this experiment with skim milk, the colors would not have blended as well. In regards to nutritional values, fat needs to be consumed in moderation.

Edit this section after you have tried the activity with grade school students. What worked well? What was unexpected? What previous knowledge did the students bring to the activity and how did that compliment your lesson? Are there any must do components that did or would particularlly enhance the learning experience? Other helpful thoughts.