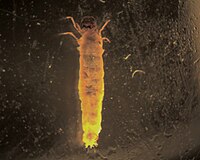 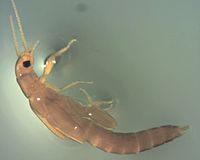 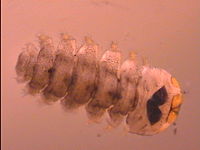 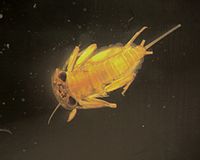 This three-tailed genus of mayfly has whitish gills that appear fluffy; some species have bright red gills when alive. The gills on abdominal segments 1 and 7 are larger than the others and almost meet underneath the abdomen.