The following are the most common invertebrates collected from the three ponds on the grounds of the Schoolhouse. Samples were taken in August 2008. It might be an interesting project for the current students to see if the same invertebrates are found today or if new species have moved in. You and your teacher can add to this site. If you'd like help contact Declan McCabe at Saint Michael's College. 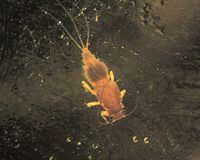 These mayflies are characterized by square-shaped operculate (plate-like) gills on the second abdominal segment. 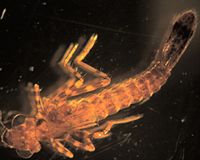 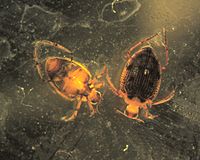 Both larvae and adults of this family of beetle can be found in ponds. The abdomen of the larvae end in 1-2 long filaments, and long filaments are also found protruding for elsewhere on its body. The adults are characterized by their hind coxae which are greatly expanded and cover the first couple abdominal segments.

Image of the hind coxae. 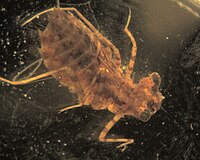 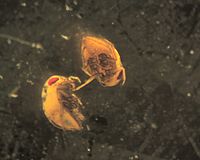 This family of Hemiptera has a small, convex body and a 'beak' with 3-4 segments. 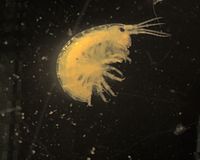 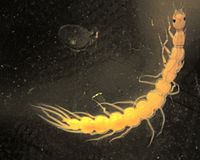 Don't let the paired tarsal claws and the filaments on the abdominal segments make you think Megaloptera; it is in fact a whirligig beetle and the adults are familiar surface swimmers. On the 10th abdominal segment, it has 2 pairs of hooks . Adults stand out from others in that they appear to have 2 pairs of eyes. They don't, actually- it's just that its eyes are divided on the exterior by its exoskeleton.

Images of the whirligig beetle, thesurface swimmers, the 2 pairs of hooks and the eyes that are divided. 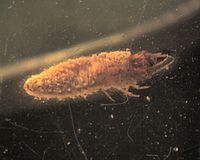 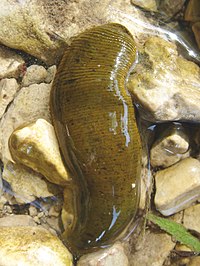