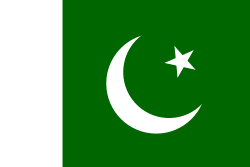 All academic education institutions are the responsibility of the provincial governments. The federal government mostly assists in curriculum development, accreditation and some financing of research.

When Pakistan was founded in 1947 as a result of the partition with India, the country had only one institution of higher education, the University of the Punjab. Over the next 20 years, many private and public schools and higher education institutions were established to help fuel the country’s socio-economic development.

In the early 1970s, all of Pakistan’s educational institutions were nationalized under the government of Zulfikar Ali Bhutto, who was committed to the idea of Islamic Socialism.

For the next decade, Pakistan’s entire system of education was state-run. However, the growing demand for higher education fast outpaced the establishment of new public universities. During that period, the system could accommodate only 25 percent of the high school graduates who applied to higher education institutions. The overcrowding prompted many wealthy Pakistanis to seek university degrees abroad in the United States, Great Britain and Australia, while others sought out private tutors at home or entered the job market without a degree.

In 1979 a government commission reviewed the consequences of nationalization and concluded that in view of the poor participation rates at all levels of education, the public sector could no longer be the country’s sole provider of education. By the mid-1980s, private educational institutions were allowed to operate on the condition that they comply with government-recognized standards.

The Government has decided to introduce 'English Medium Education' on a phased basis and to substantially end the right to 'Mother Tongue Education'. This new policy which is termed 'Education Sector Reforms (Policy decisions)', states that "English language has been made compulsory from Class-1 onwards." and the "Introduction of English as medium of instruction for Science, Mathematics, Computer Science and other selected subjects like Economics and Geography in all schools in a graduated manner."

Caretaker Minister for Education Mr. Shujaat Ali Beg declared Jan 25, 2008 that eighteen colleges of the city of Karachi would be made "Model English Medium Colleges,"

A child may begin his/her schooling at a pre-school at the age of 3. Over the last few years, many new kindergarten (sometimes called montessori) schools have also sprung up in Pakistan.

Students can then proceed to a College or University for Bachelor of Arts (BA) or Science (BSc) or Commerce/Business Administration (BCom/BBA) degree courses. There are two types of Bachelor courses in Pakistan namely Pass or Honours. Pass constitutes two years of study and students normally read three optional subjects (such as Chemistry, Mathematics, Economics, Statistics) in addition to almost equal number of compulsory subjects (such as English, Pakistan Studies and Islamic Studies) whereas Honours are three or four years and students normally specialize in a chosen field of study such as Biochemistry (BSc Hons. Biochemistry). It is important to note that Pass Bachelors is now slowly being phased out for Honours throughout the country. Students may also after earning their HSSC may study for professional Bachelor degree courses such as engineering (B Engg), medicine (MBBS), vetrinary medicine(DVM) law (LLB), agriculture (B Agri), architecture (B Arch), nursing (B Nurs) etc. which are of four or five years duration depending on the degree.Further after passing the diploma of assoicate engineer(3-Year study after SSC)can take in admission in B.Tech engineering.B.Tech(Hon's) degree consists of four year.

Some Masters Degrees also consist of 1.5 years. Then there are PhD Education as well in selected areas. One has to choose specific field and the suitable university doing research work in that field. PhD in Pakistan consists of minimum 3-5 years.

Pakistani universities churn out almost 1.2 million skilled graduates annually. The government has announced a $1 billion spending plan over the next decade to build 6 state-of-the-art science and engineering universities. The scheme would be overseen by the Higher Education Commission.

An issue of National Geographic conveys the adversity poor families must face. Some schools are run so badly that few kids attend. “ It's not unusual in Pakistan to hear of public schools that receive no books, no supplies, and no subsidies from the government. Thousands more are 'ghost schools' that exist only on paper, to line the pockets of phantom teachers and administrators." ”

Ever since the start of the War on Terror, the attention of the world's media has been focused on the madrassas operating in Pakistan which are mainly attended by children living in rural areas. Popular worldwide beliefs are that a significant number of students in Pakistan are a part of these religious schools. This myth was debunked by a Harvard/World Bank study that examined statistical data to more precisely determine madrassa enrollment in Pakistan. The findings were that enrollment in Pakistani madrassas is relatively low, with less than 1 percent of all students enrolled in a school attending madrassas. There are as much as 100 times as many children in public schools as there are in madrassas and almost 40 times as many children in private schools as there are in madrassas. For the average Pakistani household, the choice of going to a madrassa is simply not a statistically significant option. Even in areas which surround Afghanistan, which are considered to be hotbeds of madrassa activity, madrassa enrollment is actually less than 7.5 percent. One of the reasons for western hatred is their overactive proselytizing efforts. Cartoon controversy and other despicable acts has made muslim world against western discrimination and lack of respect for different views.

Among other criticisms the Pakistani education system faces is the gender disparity in enrollment levels. However, in recent years some progress has been made in trying to fix this problem. In 1990-91, the female to male ratio (F/M ratio) of enrolment was 0.47 for primary level of education. It reached to 0.74 in 1999-2000, so the F/M ratio has improved by 57.44 percent within the decade. For the middle level of education it was 0.42 in the start of decade and increased to 0.68 by the end of decade, so it has improved almost 62 percent. In both cases the gender disparity is decreased but relatively more rapidly at middle level. But for whole of the decade the gender disparity remained relatively high at middle level, despite the fact that for the duration the F/M ratio for teachers and F/M ratio of educational institutions at the middle level remained better than at the primary level.[8]