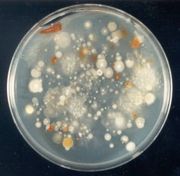 Rubber gloves a good idea for everyone 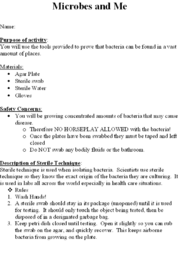 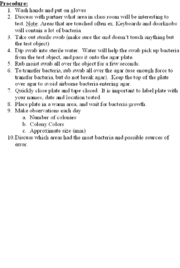 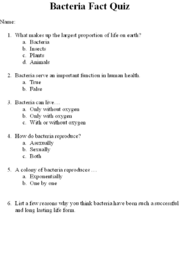 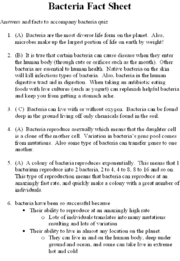 The students will start by learning basic facts about prok. and euk cell structure (ex. cell wall,basic organelles, placement of genetic material, basic metabolism). Next they will learn some prokaryotic facts, such as how some are healthy to have in and on your body, but can also cause disease in other circumstances. Also they will learn basic sterile technique which will be used during the activity.

For an activity the students will be allowed to test what they have been taught. They will swab an object in the room, and let the bacteria grow on an agar plate (figure 1) over a period of a week. This activity is designed to demonstrate that microbes can be found in common places (just about any and everywhere) around the classroom. To avoid especially harmful bacteria, students should not be allowed to swab any orifices, bodily fluid or bathroom. Also the students will be able to see how the microbes create colonies over a period of time.

Briefly describe the activity, but provide enough detail so that the activity can easily be assessed by other teachers without your intimate knowledge of the topic.