The following are possible handouts (Figure 1a and 1b) to have students fill out the steps of the scientific method as they follow them in the experiment. 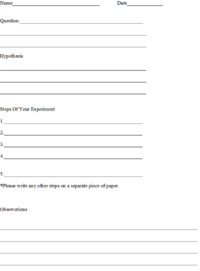 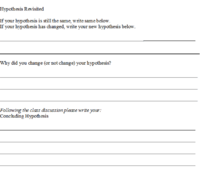 Students will discuss what happens to a jar of water after it is taken out of the refrigerator. Once it has been concluded that the jar seems to "sweat" or has droplets of water on the outside, the students will be asked why they think this happens. Students will then hypothesize, perform an experiment, and accept or reject their hypothesis. 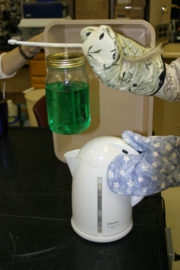 Regardless of whether or not salt is added to the jar, you can add a math connection to this project.

If time permits read a story about condensation (and the water cycle). The book listed below is a suggestion:

We borrowed the idea and the handouts (figure 1a and 1b) from this website: http://www-k12.atmos.washington.edu/k12/modules/nw_wx_watch/index.html