This idea has been tested and was successful. 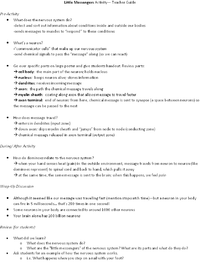 Figure 1: A teacher guide and notes for the activity. 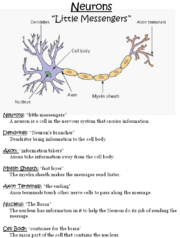 Figure 2: An individual student handout for the activity. This includes a diagram of a neuron with defined parts in simple, easy to read language.

Figure 3: A Barnes student constructs and labels his neuron!

Dominoes could get knocked over before they're supposed to be (by students or by accident). Also, be sure that a teacher (and NOT a student) sets off the mousetrap on the hand.

We will use a stopwatch to time how long it takes for the kids to "send the message" as fast as they can with the dominoes. Then, we will explain that in reality, it takes less than a second. Neural impulses travel at speeds from 1 to 120 meters per second.

Several books can be used alongside this activity for student reference. They are:

Your Wonderful Body! by Joyce Hurwitz and Roz Schanzer

Getting to Know the Amazing Human Body by David Macaulay

If students finish their neuron model earlier than others, these books can be consulted. They contain information on neurons and the nervous system in general.

This activity addresses the "Visual Arts Skill Development" Vermont Standard A1-2:10. It reads, "students show skill development when creating art by handling and naming art tools and materials." It also addresses Standard A1-2:12 which requires students to "name and use a variety of media, genre, and techniques." Specifically, our use of clay as a medium and our 3D model of a neuron address these standards.

Overall, the lesson worked well. Students liked the very hands on activity, and many constructed their neurons in a very accurate (and artistic) fashion. Having a large poster at the head of the classroom was especially helpful; as they labeled the parts, students looked on the large poster for reference. Many students were very excited to take their "art projects" home. The "must do" aspect of the lesson was certainly the dominoes segment. Students were excited to watch the mousetrap snap the hand and were anxious to "pass the message along" by setting off their row of dominoes. This segment of the lesson was most effective, we believed. Afterward, students accurately summarized the path of the "message" from the hand to the spinal cord (and brain, for pain) and back to the hand, when students said they would be forced to "pull their hand away and yell ouch!" The dominoes activity provided a great visual representation for the whole lesson. It was also a good activity to end with; the neuron construction required calm focus, and the dominoes activity was something for students to look forward to and left them energized! Even with our success, there was certainly room for improvement. After testing our lesson, we were surprised at how little the students knew about the nervous system. Many had not heard of it at all or had heard of it but knew nothing more. Keeping this in mind, considerable time should be allocated to explain the basics of the human nervous system. Furthermore, more time should have been given to explain the function of the parts of the neuron-- or perhaps second and third grade students were too young for this information. In terms of improving the dominoes activity-- only a few students set off their line of dominoes in the opposite direction it was intended. To eliminate this minor mishap, teachers should explain that the "message" flows in one direction, and all dominoes should be falling in the same direction, too. -Callie Lumbra

Even with the short time slot that we were given, this activity proved to be a success. It was suitable for the age and understanding level in the second grade class we were gearing it towards. The kids loved molding the clay and figuring out where each part of the neuron was with the flags. They were very enthusiastic about the art aspect of the activity but the most rewarding part of the lesson was the domino section of the lesson. Even though it only took about 2 minutes to explain and perform it proved to be the crowd favorite. It was nice seeing the light bulb turn on on the kid’s faces. The dominos really helped them to connect what it is that a neuron does. I learned a lot about teaching kids about science by teaching this activity to these second grade students. I learned that it is a good idea to explain what the kids are about to do before handing out the materials. For next time, I am going to make sure our activity is easy to explain in the time given. Our activity proved to be suitable for a 20 minute time slot. No time was left over for students to browse through literature on the nervous system. To ensure this, teachers should allow 40 minutes for the activity. -Laken Ferreira

On the whole our activity was successful. However, there were some aspects of the activity that did not go as we had envisioned. First of all, when we were explaining the nervous system most of the kids were listening and attentive, but there were some that were more worried about the upcoming activities and had no interest in finding out why they were doing this activity. Some of our difficulty was simply due to the fact that we only had 20 minutes with each group, and each group was made up of 6-9 very excited 2nd and 3rd graders that were understandably having a hard time sitting still. When we began the first activity, the making and labeling of neurons, some tried really hard to do a good job and repeatedly referenced our poster of a labeled neuron in order to make the best neuron they could. Those were the students that completed theirs most accurately and most quickly. Though, there were also students that were either not trying at all or fighting with their partner over who got to make which part of the neuron. This was another problem. We thought we could save on materials by having students work in pairs for the neuron making, but this led to arguments both during the activity and after when the students were trying to decide who got to keep it. Still, there were many pairs that worked very well together. When we moved onto the next part of our activity, the dominoes, we tried to explain how neurons would transmit messages from a hand to a brain and back. We tried to explain that neurons work in an order and all fire in the same direction. Most students completed this accurately as well and got excited about it, but, once again there were some that, because they had not listened to the directions or did not understand them, either did not set off dominoes in front of them or set them off in the wrong direction. If we had more time we probably could have eliminated some of these problems. However, it was successful overall because each student left with some idea about what the nervous system does, what neurons do, and the parts of neurons. -Kerry Cyr