Let the diving begin! The journey below the sea ice at New Harbour

A Look at Antarctic Diving... Scuba diving under the sea ice at New Harbour

VIDEO CLIPS TO VIEW : HAVE A LOOK AT TWO OF THE DIVERS GOING DOWN THE DIVE HOLE, AN INTERVIEW WITH A DIVER AFTER HIS FIRST DIVE FOR THE ANTARCTIC SEASON AND AN EXPLANATION OF ALL THE GEAR A DIVER HAS TO WEAR IN ANTARCTICA: ...A whole range of video clips for you to view, to get a real live sense of just what it is like to dive under 4 metres of sea ice in Antarctica. Exciting, fascinating and definitely not for the faint hearted!...

A Look Below the Sea Ice ... Life under 4 metres of sea ice at New Harbour 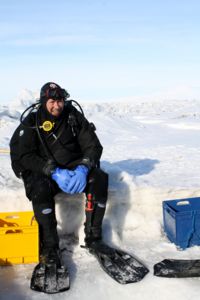 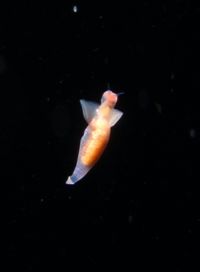 PETE'S PRIZE PHOTO FOR THE ANTARCTIC SEASON: A pteropod, or as the divers call it "ANGEL OF THE SEA"

Check out these photos from under the sea ice of the stunning benthic life here at New Harbour, Antarctica. These were taken with an underwater camera by Pete Notman, one of the divers/scientists with our team here at New Harbour!

Look what divers can do with their dive suits!

Rod shows you what happens when you use your dive suit inflator above ground...!! 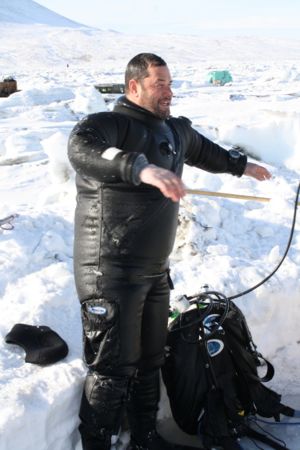 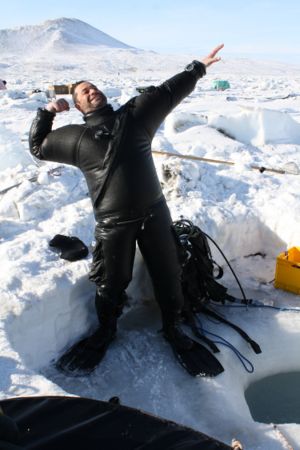 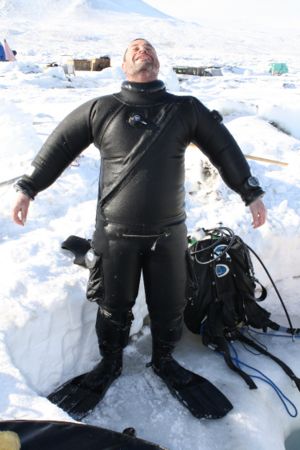 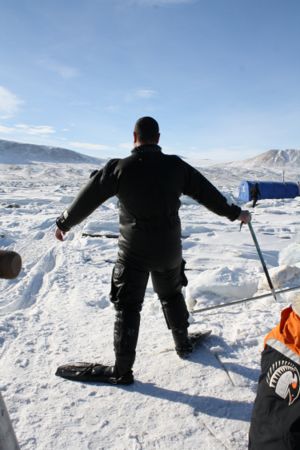