From WikiEducator
< History‎ | Black Civil Rights in the USA
Jump to: navigation, search

This court case in Topeka, Kansas involved Oliver Brown who was concerned as his daughter had to cross a dangerous railway line on her way to school every morning. She passed many white only schools which she could have attended if the separate but equal doctrine wasn't in place. Oliver Brown and a group of concerned parents got together to take the issue to the District Court but they were unsuccessful. With the help of the NAACP they took the issue to the Supreme Court. Brown won his case which gave hope to the Civil Rights movement as blacks realised they could use the Supreme Court to their advantage. 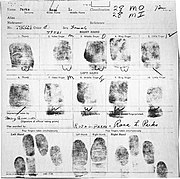 The Montgomery Bus Boycott was a direct result of the arrest of Rosa Parks, who dared to challenge local Birmingham, Alabama public transport segregation laws by sitting outside her designated area on the bus. The resulting controversy and outrage sparked the Montgomery Bus Boycott, which began as a initiative of the NAACP, who quickly enlisted the help of the Montgomery Improvement Association. Overcoming troubles with transport, threats, and embracing the inconveniences associated with choosing to abandon public transport the Civil Rights protestors eventually overturned the segregation laws through the federal courts after more than a year of boycotting. On the 21st of December, 1956, the leaders of the boycott MLK, Ralph Abernathy, and E.D Nixon were among the first to ride on the desegregated buses. The Montgomery Bus Boycott became one of the many early victories the Civil Rights movement hard won.

In 1954 Brown vs The Topeka Board of Education took place which came to the conclusion that schools all across America were to integrate all white and black students. Almost instantly white citizens expressed their disagreement in what came to be known as the white backlash which lead to a major rise in white power groups and memberships. Many white communities were determined to oppose desegregation as they thought the black lifestyle and culture should not be mixed with the white children. In Arkansas 1957 nine black students were permitted entrance to Little Rock High. However the night they were set to attend, the Governor of Arkansas Orville Faubus announced that the Arkansas national guard would maintain order and prevent the African American students from attending the school'. 100 state troopers armed with rifles and bayonets stood at the entrance of the school and when the Little Rock Nine arrived at 9am they were stopped from entering the school. The Arkansas state troops remained at the high school for 3 weeks preventing the African American students from entering. The NAACP pressed for a court order to stop the state troops from preventing the African Americans admission. Upon hearing of the Governor of Arkansas president Eisenhower ordered 1000 army troops to Little Rock. Their orders were to protect the African American students as they attended classes. Eisenhower had sent federal troops into a state to enforce the Supreme Court's decision on desegregation.

The main figures in the Greensboro sit-ins were the members of C.O.R.E. (Congress for Racial Equality). Sit-ins occerred when the black demonstrators entered a public place (e.g. restaurants) and remained seated in segregated areas until they were formally evicted of their complaints were answered. Quite often the protesters would be assaulted by white members of the public who would cover them with condiments or shout insults at them. Sit-ins led to more public areas being desegregated which added confidence to the rest of the Civil Rights movement.

On May 4th 1961, thirteen civilians set out from Washington D.C. to attempt to desegregate the public transport system of the south. This group was known as the Freedom Riders. The Freedom Riders were sponsored and supported for the Congress of Racial Equality (CORE) and the Student Non-violent Coordinating Committee (SNCC). The leader of the Freedom Rides was James L. Farmer Jr. The Freedom Riders protested in many southern states including Virginia, North and South Carolina, Georgia, Alabama and Mississippi. Once the Freedom Riders reached Alabama they were attacked, their tyres slashed, their bus firebombed and the riders brutally beaten by baseball bats and iron bars.

James Meredith and the University of Mississippi (1962)

There were still three states:Alabama, Mississippi, South Carolina, in the United States where their public schools and universities in 1962. James Meredith, a Negro, wrote his application to the Ole Miss (University of Mississippi).The university had no idea that he was black and responded as they would to any other white student. However, when Meredith later mailed them the photo of himself, he received a telegram saying that he was "too late for entry" into the session of classes.

Meredith was determined to be accepted into the university. "To me it wasn't the specific aim of going to school that mattered... my objective was to bust the legal system of white supremacy in Mississippi" said Meredith. With some assistance from the NAACP, Meredith obtained a court order from the US Supreme Court that they must let Meredith enroll. Ross Barnett, the governor of Mississippi, met James Meredith when he came to enroll. Barnett had appointed himself as the acting registrar so that he could refuse Meredith's application for admission. Five days later Meredith tried again but he met a loud crowd who opposed integration.

This action was significant to the black civil rights movement because it showed that the US government strongly supported the equality for blacks is well. President Kennedy tried multiple attempts to contact the governor to let Meredith enroll. Furthermore, he sent in US Army troops to enforce the court order.

NAACP (National Association for the Advancement of Coloured People)

The NAACP was an active organisation that used non-violent methods of protest. In 1954 they were involved in the "Brown versus Topeka Board of Education" by giving expert legal advice to the Brown family. In 1955, they assisted the black civil rights movement with the Montgomery Bus Boycott. In both these cases, the NAACP helped overturn the decision of the Supreme Court.

CORE was an organisation that would train and assist black students to peacefully organise and run a protest. CORE also organised sit-ins, marches and freedom rides.

The MIA was one of the smaller organisations during the black civil rights movement. Their greatest achievement was assisting the blacks with the Montgomery Bus Boycott by giving them taxis and carpools to get to ride.

The SCLC was lead by Martin Luther King Jr (MLK). They aimed to build success during the Montgomery Bus Boycott. They organised campaigns that assisted and aided groups that were working for the equality of blacks.

The SNCC were influenced by Mohandas Gandhi. They organised sit-ins and freedom rides during the early 1960s. They were lead by Stokely Carmichael.

NUL was founded in 1910. It was an organisation that worked on urban problems of the black community. They aided in housing, employment, family support and juvenile delinquency. During the 1950s and 1960s they turned their attention more towards housing development and integration. Branches were formed in all major cities.