From Liquid to Solid: An Ice Cream Creation

This has been tested and was successful.

Through the process of making ice cream students will explore the different states of matter as the ingredients mix together and transform from a liquid state into a solid state. They will learn about the movement of the particles between the liquid and solid states of matter. Students will also learn about the importance of having a healthy, balanced diet, leaving some room for sugars and fats. This can be explained further by discussing the food pyramid with students.

Figure 1. All of the materials assembled on a lab bench needed for the experiment.

Other ingredients that may be used:

These two handouts discuss how to live a healthy and nutritional lifestyle and the important differences between the two states of matter that are observed in this lesson: liquid and solid. 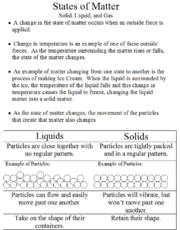 Figure 3. Displays the differences between a solid and liquid state of matter.

Figure 2. Displays the latest nutritional guide for a balanced and healthy lifestyle.

We will begin the activity with presenting the bags of half and half, sugar and vanilla and asking the students what they see and have them describe the characteristics of the liquid. The comments will be put up on a piece of chart paper to refer back to. Then we will add the liquid filled bag into the jar of ice and rock salt mixture. The students will begin to shake the jars vigorously until the liquid turns into a solid, ice cream. Finally, the students will describe the solid and the responses will again be put on a chart to review. While the students are shaking the jars the other teachers will set up the activity for the next group by mixing the half and half, sugar and vanilla. Students can add food coloring to the mixture to have some color for their ice cream.

This particular lesson plan [1] should take approximately 20 minutes to complete. It is important to make sure that all materials are cleaned completely to avoid issues related to food allergies.

When this experiment was completed for the first time, the ingredients had already been measured and placed into the plastic bag for the children.

From running the activity we found that the rock salt and ice mixture has a sulfur smell. What we propose to do is have the teachers open and close the jars so that the students will not smell the sulfur. Also, with the lack of time we have decided to have two of the teachers run the activity and have the other two teachers create the liquid mixture and then switch each time we have a new group of students. This way each teacher will be able to run the activity and we will cut down on the amount of time needed to set up the project.

While following the ice cream recipe, students can explore the different measurements. Beforehand, have students convert specific measurements to understand their relationship with one another (i.e. convert tablespoons to teaspoons). You may also ask students to double or half the recipe based on the measurements given in the recipe above.

A great leeway into this activity is to begin with stories introducing the art of ice cream making. Some great examples include, From Cow to Ice Cream, by Bertram T. Knight, Milk to Ice Cream (Welcome Book: How Things are Made) by Inez Snyder, and Product Testing: The Chemistry of Ice Cream by Dianne N. Epp. Additionally, to explore the history of ice cream, consider sharing We All Scream for Ice Cream! The Scoop on America's Favorite Dessert, by Lee Wardlaw and Ice Cream: Including Great Moments in Ice Cream History by Jules Older and Lyn Severance with your class

Vermont Standards: 7.12 Students understand forces and motion, the properties and composition of matter, and energy source and transformations. This is evident when students observe and describe the changes of states of matter. Edmund's Elementary School Standards: S3-4: 12 Students demonstrate their understanding of the States of Matter by… •Identifying, describing and comparing the properties of selected solids, liquids and gases

Once the activity is completed one could expand upon the experiment by adding new flavors and goodies to the mixture to see if there is a change in the experiment. Also,an experiment with the salt and ice can be done. Such as identifying the reaction between the salt and ice and why the ice melts from the salt. Based off of the students input a teacher can decide whether or not to add onto the unit of liquids and solids so ensure that students fully understand what a liquid and solid is and the characteristics of each.

Overall, this experiment went over well. By having four of us students running the activity, it went over very smoothly. The children responded very well to listing off characteristics of liquids and solids. The students already knew many of the characteristics of all 4 states of matter. They were able to then apply this knowledge to the ice cream as a liquid and later as a solid. At the last minute, we decided to include the food pyramid. This was helpful to engage the students while they were sitting and eating their ice cream. This discussion helped to further their knowledge on living a healthy lifestyle by exercising and eating the right amount of all food groups. In closing, the students were handed a worksheet that helped them to reinforce the concepts of the states of matter as well as apply them to what they had experienced when making ice cream. There were few problems that encountered. A few of the children dropped their containers and broke the lids, causing the ice and salt to spill all over the floor. After this happened, we encouraged the children to roll the containers on the floor. The containers became too cold for some of the students, and assistance was needed to shake and roll the ice cream. Lastly, it is important to be aware of allergies of students. We encountered one student who was lactose intolerant. Therefore, soy milk was successfully used to replace the cream in the ingredients. However, these were only minor issues that were encountered and the experiment was very successful.