Keep away from people who try to belittle your ambitions. Small people always do that, but the really great make you feel that you, too, can become great. -- Mark Twain 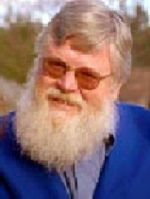 WikiEducator is just what I needed, and I joined up, assigning all my copyrighted material under a CC-BY-SA license

My name is Phil Bartle and I live in Victoria, British Columbia, in Western Canada. I spent most of my adult life in Africa and Asia as an aid worker, and the most important thing that I learned is that aid is not only usually ineffective, it is mainly a negative force, causing a decline in sustainable development, and an increase in poverty.

With a few friends and colleagues of a like mind, I developed a methodology called community empowerment, which is aimed at strengthening low income communities to become more self reliant and less dependent upon handouts. I started putting training material on the Internet which was aimed at training community workers to teach them how to encourage and guide communities to become more empowered. In order to translate the material, I founded an NGO, and recruited several hundred volunteers to translate it into over thirty languages, and other volunteers to coordinate and encourage the volunteers.

Then Randy and Wayne came along and introduced me to WikiEducator and its principles and aims. It is just what I needed, and I joined up, assigning all my copyrighted material under a CC-BY-SA license so that others could use it and run with it. With a few of my volunteers, I am preparing material in four languages, English, Portuguese, French and Spanish (the most common in developing countries). This is the answer.