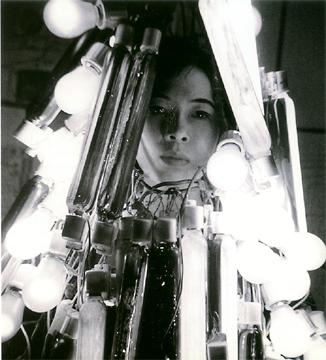 Atsuko Tanaka was a Japanese avant-garde artist whom in 1956 showed her best-known work, the electric dress. Tanaka also helped pioneer the Gutai art association, the major experimental post-war Japanese art movement founded by a group of young artists in Ashiya in 1954. Being part of this art movement influenced her work greatly. The Gutai group were an unattached group of artists who pursued to divide the present from the disturbing past. The Gutai slogan was “Do something that no one before you has done.” Its artists broke every frontier they could find, mixing up art and life with almost religious devoutness.

This can be seen within her work/performance of electric dress. Collected totally of light bulbs of all shapes, sizes and colours, and an overabundance of joined electrical cords, the Electric Dress resembles a post-modern Christmas tree when not worn (as was often the case). Tanaka represented the modern world by modernizing the Kimono by soaring from the traditional Japanese society. The imagery of Tanaka in this sparkling electric dress was defiantly the symbolism of a new beginning. 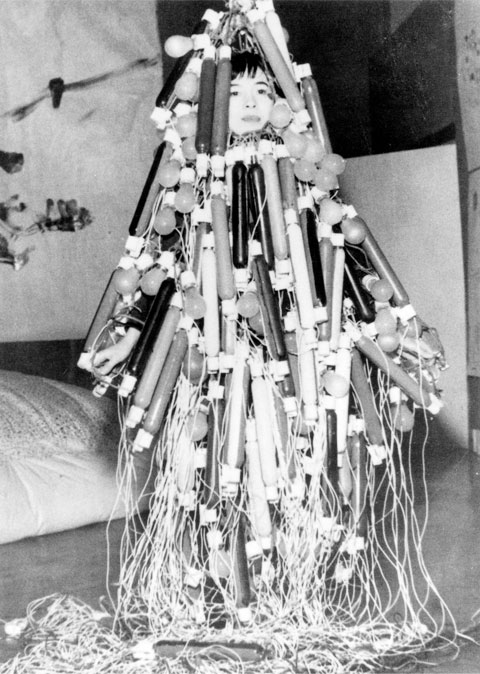