Activity completed by several small groups of students in grade three and it went well!

Students will be exposed to stomach digestion through a fun and engaging experiment. They will observe various levels of pH and its effect in chemical break down in the digestive system. Students will be expected to create a hypothesis as well as regularly record observations as each solvent breaks down the "meal." 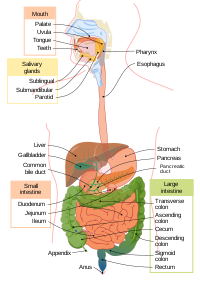 The first worksheet is given to enable students to record their observations and data during the experiment.

The second will be given to the students prior to the experiment to help explain pH level and the pH levels during different stages of digestion.

The third handout will be given to the students after the experiment that explains the different parts of the digestion system. 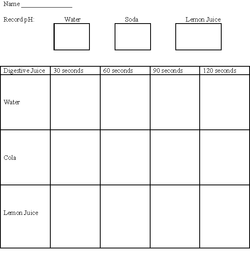 Figure 2: Students will use this worksheet to record their observations during the activity 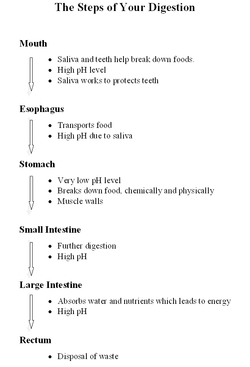 Figure 3: Basic handout to illustrate the change in pH level during the process of digestion

This activity is designed to let students further their understanding of the digestive system and how the stomach digests food. In addition, students will learn about pH levels and their connection to digestion.

Make sure that the sandwich bags are tightly sealed before beginning the "digestive" process.

It's important to remember that the data might be skewed for some students churn the bags more aggressively than others.

7.1 Scientific Method: Students use scientific methods to describe, investigate, explain phenomena, and raise questions in order to: deduce the expected results; and gather and analyze data to compare the actual results to the expected outcomes. This is evident when students: 7.1 a. Ask questions about objects, organisms, and events in the world around them.

1.20 Communication of Data: Students use graphs, charts, and other visual presentations to communicate data accurately and appropriately.

This activity is designed to inspire students to investigate what we've touched on further. Classes could examine pH levels more in depth or human nutrition. This experience also easily leads into the next stages of the digestive system.

This activity was very well received by all of the participants. It was fascinating the degree of knowledge many students had about their stomach and their understanding of the importance of stomach acid. Students were also able to make connections between the level of pH and the impact that the solution would have on the bread. Many understood that the lower the pH, the faster the bread would break down. Our discussions were lively and students made connections to their own bodies, which was our aim. It was interesting to compare different groups results, because some students were more aggressive when they churned the bread, which affected which liquid broke the bread down the fastest.

Our group reflection came up with a few changes we would make to the activity, most technical. The set up needed for each group was so distracting for students that it was difficult for many to participate in the introductory discussion. We also had too many students to have them measure the solvents themselves but it would have been nice if they could have participated in that aspect.

The original idea came from: