This module is estimated to take between 1 and 1.25 hours of learner time. 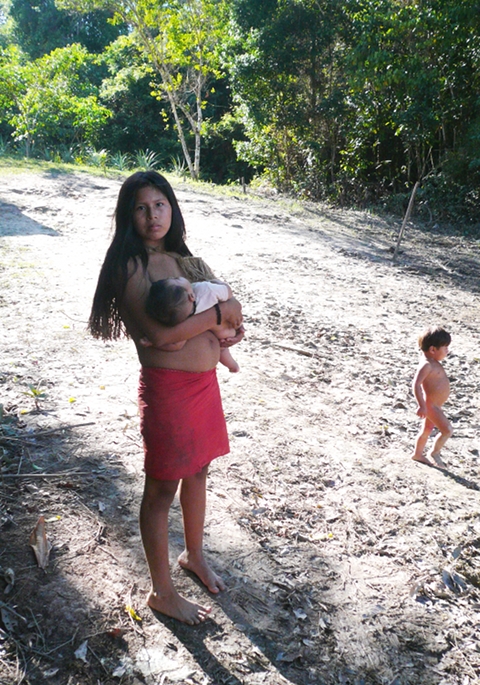 Photo courtesy of and copyright www.cie.co.nz 2009

Ensure that the students have access to this photo. Use it as a launching point for stimulating conversation and guided discussion. The following "I wonder ..." questions may serve to aid in focusing the class or group discussion:

The educator may require the students to record all (or a number) their "I wonder ..." statements, and add them to a wall-display alongside the photo. As the unit unfolds, more images and "I wonder ..." statements could be added. This is an excellent way for learners to take ownership of their learning space. By the end of the unit, all the learners should have made at least one "I wonder ..." contribution to each of the "Wonderings" activities presented throughout the unit.

Additional Definitions for the Educator's Use

Deforestation is the clearance of naturally occurring forests by the processes of logging and/or burning of trees in a forested area. There are several reasons deforestation occurs: trees or derived charcoal can be sold as a commodity and used by humans, while cleared land is used as pasture, plantations of commodities and human settlement. The removal of trees without sufficient reforestation has resulted in damage to habitat, biodiversity loss and aridity. Deforested regions typically incur significant adverse soil erosion and frequently degrade into wasteland. [2]

Disregard or ignorance of intrinsic value, lack of ascribed value, lax forest management and deficient environmental laws are some of the factors that allow deforestation to occur on a large scale. In many countries, deforestation is an ongoing issue that is causing extinction, changes to climatic conditions, desertification, and displacement of indigenous people. [3]

Facilitate or supervise the creation of a Word Bank/Glossary of terms related to deforestation, e.g. aridity, biodiversity and erosion, etc.

It is suggested that the learners consider the question in pairs. After a brief discussion, the pairs exchange partners with another team to discuss their thoughts. Ensure that all the learners have written down their hypothesis to the question.

For this activity, the learners need to brainstorm ideas about everything they know about deforestation. These results must be recorded in the left-hand column of the KWL table. Instruct the learners to write what they want to know in the middle column. After this, compile a class list of questions to be covered during the unit - it is up to the educator to decide which questions are suitable and which are not. The learners are to record their learning in the right-hand column.