This module is estimated to take between 3 and 3.75 hours of learner time. 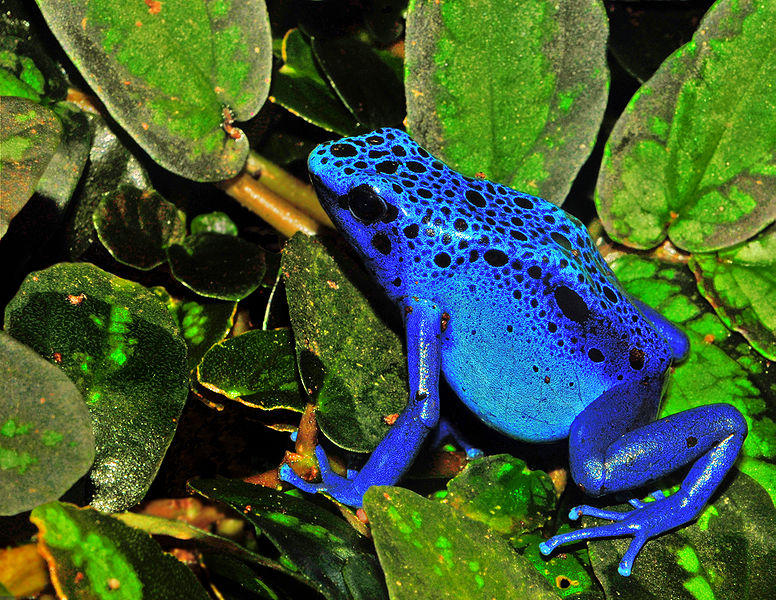 Ensure that the students have access to this photo. Use it as a launching point for stimulating conversation and guiding discussion. The following "I wonder" questions may serve to aid in focusing the class or group discussion:

Activity One: Causes and Effects of Deforestation

The readings for this Module are the same as for Module Three (Causes of Deforestation) and can be located here: Deforestation/Effects/Readings. However, in this module, the focus of the learners will be on the effects of deforestation.

The Effects of Deforestation on the Earth's 'Spheres'

The lushness of the world's tropical forests is somewhat deceptive. Although these forests have dense vegetation and many trees, the underlying soils are very poor with almost all the nutrients being held in the vegetation. As of now, about 80% of the soils in the humid tropics are acidic and infertile. The problem is that once forests have been cut down, essential nutrients are washed out of the soil altogether, leading to soil erosion. Erosion is a process where the soil is carried away by water, rain water, wind, etc.

The trees in the forest also keep the soil under them fresh and healthy. When the trees are cut down, there are no trees to keep the soil in place, and it becomes a target for erosion. It dries and cracks under the sun's heat. Once the soil temperature exceeds 25 degrees celsius, delicate nutrient ingredients like nitrogen can be lost, further reducing the fertility of the remaining soil. Furthermore, rainfall washes the remaining nutrients into the rivers. This means that replanting trees will not necessarily help to solve the problems of deforestation: by the time the new trees have matured, the soil might be completely stripped of essential nutrients. The soil will eventually be too poor to support the growth of vegetation and the land will be useless. Soil erosion eventually results in large areas of unusable land.

As mentioned, the hydrosphere simply refers to the water on and below the earth's surface, e.g. rivers, the sea, streams, etc. The hydrosphere is also effected by deforestation. Some of the effects are: less oxygen in waterways; water temperature changes; sediment (material that settles to the bottom of a liquid) at the mouth of rivers; and solid fragments (pieces) of inorganic or organic material that come from the weathering of rock and are carried off and deposited by wind, water, or ice. The result of this is that the aquatic (water) habitat is degraded, making it less able to sustain life, e.g. fish, plants or other organisms.

Plants absorb carbon dioxide (CO2) and release oxygen (O2). If there are fewer trees, less carbon dioxide is absorbed and therefore less oxygen is released. This is a threat to living organisms. Decaying or burned plant life releases CO2, so with fewer living plants to absorb it, the balance of the atmosphere is effected.

Deforestation disrupts the plant and animal kingdoms. As birds, insects and other animals help with the pollination of plants and the dispersal of seeds, the loss of bird and animal species as a result of decreasing habitats, results in less pollination and there is therefore less regeneration of the forest: fewer plants are pollinated, so fewer seeds are created. As a result there are fewer seeds to disperse, and therefore fewer new plants grow.

Although all the consequences of deforestation are potentially serious, perhaps the most serious consequence is that of climate change due to the loss of trees. The earth has an atmosphere which contains a variety of gases in a delicate balance in order to sustain life. If this balance changes, then the earth is affected in different ways: one of this is the "greenhouse" effect, which is the heating of the earth due to more greenhouse gases being released into the atmosphere. This increase in the "greenhouse" gas levels in the atmosphere leads to an increase in temperature, with the possible outcomes of changing weather patterns, rising sea levels and changes in other cycles in nature that directly affect life on the earth.

The effects of deforestation are far-reaching and can be irreversible if not stopped.

Activity Two: The Spheres of the Earth 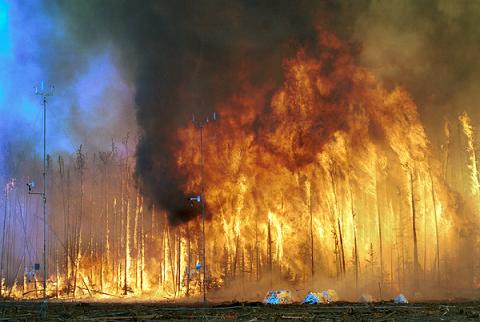 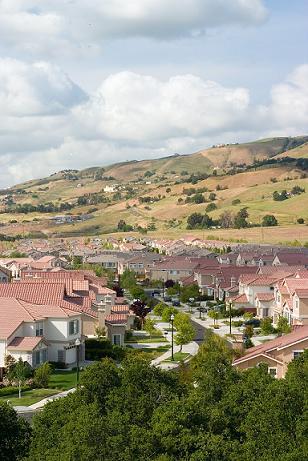 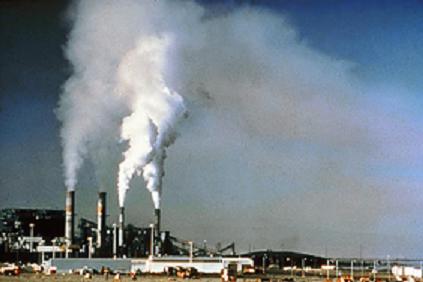 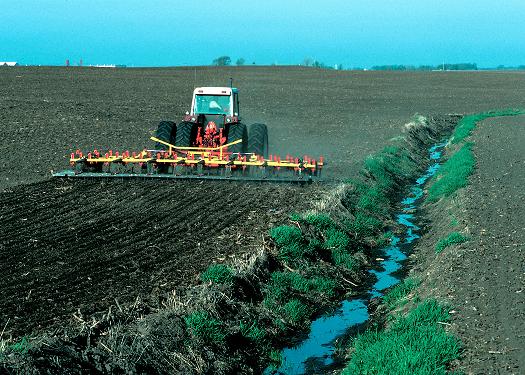 In Module One, the following scenario and big question were provided:

As the learners progress through the modules, it may be necessary to guide their thinking in how to write "good" questions. 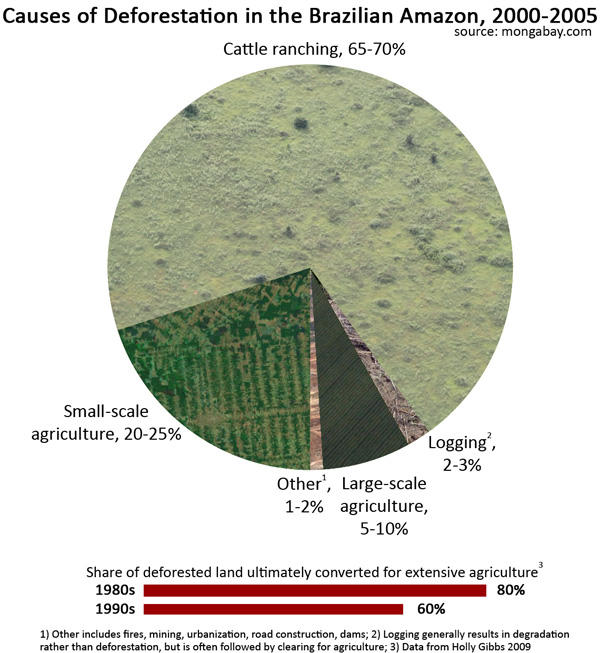 Assessment One: The Full Story

By now the educator should see substantial progress with the learners' KWL tables. To encourage further contributions, the educator could introduce the idea that a positive side to deforestation may exist. If so, provide students with copies of (or links to, if the Internet is available) the following article: *What are the benefits of deforestation?. Learners could share their thoughts on the article in groups, focusing on the potential question, "Do the benefits outweigh the negatives?" These discussions will aid the learners in answering the big question for their hypothesis. 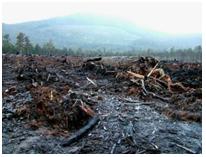 Tasmania Today - 50% of the states FOREST is GONE

World Forests are disappearing rapidly according to the 2009 State of the World's Forests report by the UN Food and Agricultural Organisation (FAO). The report notes that expansion of large-scale monocultures of oil palm, soy and other crops for agrofuel production has been a key factor in the failure to halt deforestation.
Two leading environmental organisations, Friends of the Earth International and the Global Forest Coalition, have called on world governments to take immediate action to halt deforestation and forest degradation.
2009 State of the World’s Forests report | FOEI | | Global Forest Coalition
The report has also been criticised by these organisations on biofuels, illegal logging, and massive replacement of forests by large-scale tree plantations in many countries.
"Plantations are not forests," said Isaac Rojas, coordinator of the Forest and Biodiversity Program of Friends of the Earth International. "All over the world, plantations destroy the lands and livelihoods of local communities and indigenous peoples, as well as biodiversity and water resources. They also store far less carbon than natural forests."
"As they provide very little employment for rural people, tree plantations are also a major cause of rural depopulation and a further shifting agricultural frontier, thus causing the destruction of forests elsewhere," said Simone Lovera, managing coordinator of the Global Forest Coalition. "By actively promoting monoculture tree plantations, FAO itself is partly responsible for this global trend of replacing biologically diverse forests with straight rows of usually non-native trees," she added.
The report says that the current economic crisis has affected forests in a number of ways: "The collapse of the housing sector has reduced the demand for a wide array of wood and wood products, leading to mill closures and unemployment. New investments are slowing as a result, affecting all wood industries."
"The demand for environmental services has also changed as a result of reduced ability and willingness to pay for such services. Carbon prices have remained highly volatile. Future climate change arrangements may face challenges as countries give priority to tackling the economic crisis."
"Potential negative impacts on forest resources could include reduced investment in sustainable forest management and a rise in illegal logging as the decline in the formal economic sector opens opportunities for expansion of the informal sector. Land dependence, which had been easing, could increase, raising the risk of agricultural expansion into forests, deforestation and reversal of previous forest gains. However, there could also be positive impacts – reduced wood demand could lessen pressure on forests, while conversion of forest for large-scale cultivation of commercial crops such as oilpalm, soybeans and rubber could slow as their prices fall."
Source