This module is estimated to take between 2.75 and 3.25 hours of learner time.

By now the learners should be making statements and asking questions that show prior knowledge gained in earlier modules. To keep this activity fresh, encourage the learners to form their own "I wonder ...." questions, writing it on paper and placing it in a shaker box. At the end of this session, draw one or two written notes out of the box, to use as a discussion topic.

Additional "I wonder ..." questions are provided in the learner notes for further discussion, or in lieu of the above procedure. 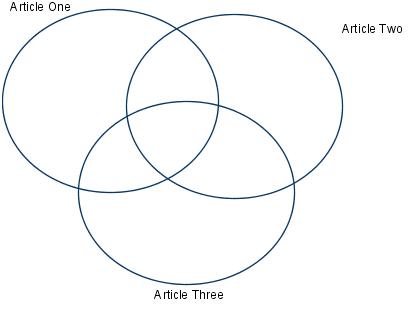 The Main Causes of Deforestation

The farmers find that the rainforest's soil is very fertile at first, but as time progresses, these farmers encounter the same problems as the cash crop growers, i.e. the soil loses its fertility and health due to poor farming methods. This causes the farmers to move on, going deeper into the rainforest and destroying more and more of it.

These migrant farmers have become the agents for destruction but not the cause.

2. Fuelwood collection: People cut down trees in the forest areas to use as firewood. This is their main fuel supply, both for cooking food and for heat. In the Amazon, and potentially other rainforests, the indigenous tribes (who are becoming more westernised) cut down the trees, building stacks of them to burn to make charcoal. They then transport this charcoal to the nearest town to sell, in order to buy food and other goods.

3. Mining and Industrial Development: This leads to the direct loss of forest due to the clearing of land to establish projects. Roads are constructed through previously inaccessible land, further clearing the rainforest. Severe water, air and land pollution occurs from mining and industry.

4. Large Dams: In India and South America, hundreds of thousands of hectares of forests have been destroyed by the building of hydro-electric dams. This happened because a number of people thought that new dams had to be built, otherwise these countries would suffer an energy crisis, i.e. they would not have enough power. These dams are used both to store water and to create electricity. The construction of dams not only destroys the forest, but also displaces (chases away) wildlife, e.g. wild animals, birds and reptiles, as well as indigenous people. These people are then forced to find other land to cultivate.

5. Commercial Logging: Logging simply means cutting down forest trees for wood. Commercial logging companies cut down mature trees that have been selected for their timber. Wood is used for many things, including building, making furniture, and as firewood.

Selective logging is a process of cutting down large trees that are old enough to die and good enough to use for building and furniture. The logging companies justify their action by saying that this method of "selective" logging ensures that the forest regrows naturally, and in time is once again ready for their "safe" logging practices. However, the felling of one 'selected' tree tears down with it climbers, vines, epiphytes and lianas. A large hole is left in the canopy and complete regeneration of the forest in this area can take hundreds of years. Also, the tracks made by heavy machinery and the clearings left behind by loggers (where the trees used to be), are sites of extreme soil disturbance which begin to erode in heavy rain. This causes silt (fine sand) and topsoil which is rich in nutrients, to wash away into rivers and streams, which in turn can suffocate the fish and other organisms in the water.

In most cases, the argument for "Selective logging" does not hold true due to the slow-growing nature of rainforests and the destructive logging practices in use: typically, large areas of rainforest are destroyed in order to remove only a few trees.

6. Oil Exploitation: As petrol prices increase, car manufacturers are changing to making cars that run on biofuels instead of petrol and diesel. Biofuels are fuels made from plants, rather than fossil fuels (e.g. petrol). As more people buy these "hybrid cars" the demand for biofuels is increased.

The expansion of palm oil plantations in Indonesia and Malaysia is a response to high petroleum prices and this means an increase in global demand for biofuels that many people think are “green”. These days even cooking oil is used to convert to a form of diesel. 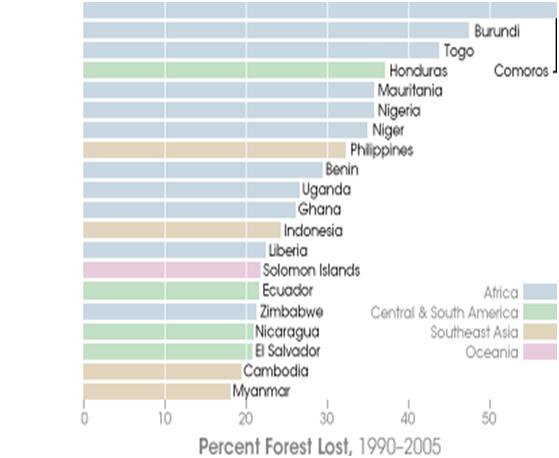 It is important that the learners update their word banks during each session. Encourage the learners to share a new word and definition that they found interesting with their peers.

It is important for the learners to revisit the big question at the end of each session. How does this module contribute to answering the question? Encourage the learners to continually update their KWL tables.

This role-play activity could form the basis of the debate to take place in a later module. The articles (links are provided below) will enable the learners to see the other side of the argument/issue. Copies of these articles could be provided to the learners to broaden their thinking before commencing with this activity alternatively they can read these articles on-line, if Internet is available.

A number of photographs are provided in the Photo Gallery as additional resources for the Module Summary. Alternatively, these can be used at the educator's discretion at any other point in the Module.