Daulat Ram College is a premier educational institution for women in Delhi, India, founded by an educationist late Shri Daulat Ram Gupta in 1960. It is a prestigious women's college engaged in imparting liberal education to women. The college, a large constituent college of the University of the Delhi, originally started as “Pramila College” at 22 Tilak Marg, Delhi with 13 members of teaching staff and two office staff with about 350 students. In 1964, the college shifted to its present premises in North Delhi University Campus and was re-named as ‘Daulat Ram College'. The institution has since grown into a full fledged extended college of University of Delhi. The college has acquired a strong identity and has evolved into a prestigious women's college with its own distinct culture and traditions. It imparts education towards degrees at the Bachelors level in Arts, Science and Commerce.

Rated as one of the best colleges, the college has grown to its present stature under the able guidance of devoted and eminent personalities dedicated to the cause of women's education. Shri Daulat Ram Gupta, the founder of the college was the first Chairman and Mrs. Devaki Amma Upadhyaya was the first Principal (1960-62). They laid the foundations for the growth of this prestigious institution. The subsequent Chair persons and members of the Governing bodies, and Principals added their valuable contribution to the further growth and development of the college over the years. Added to this the loyalty, dedication and contribution of the staff, teaching and non-teaching, and the achievements of students, past and present has helped the college achieve the stature and position is has today. 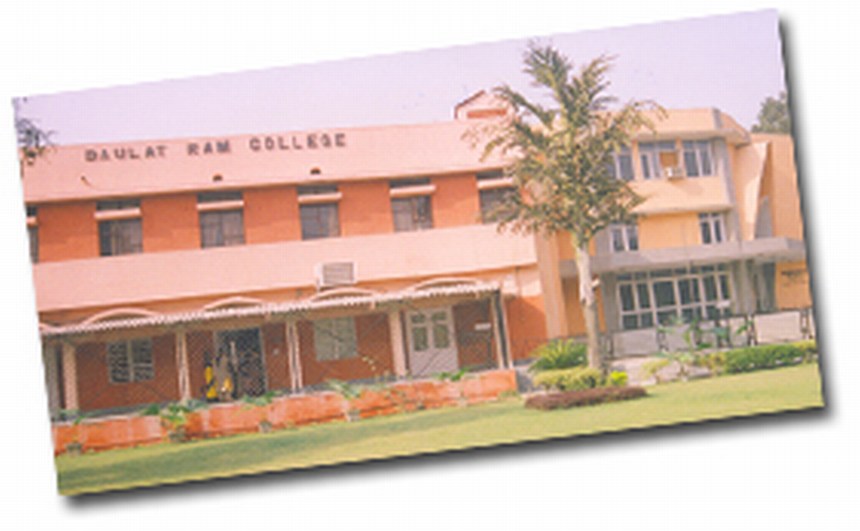 The college building which was constructed in the nineteen sixties was further expanded to cater to the growing needs of the expanding college and the rising number of students. It is one of the few colleges in the University of Delhi having a ramp entry which was widened in the year 2002 A new block of tutorial rooms, a modem seminar hall and new class rooms and science laboratories for Physics, N.H.E. and Biochemistry were added with time. A computer laboratory with internet facilities has been recently added. There are twelve ports with connectivity with the University of Delhi intra-net with internet facility available to every lab in the college. The college has a well equipped library with over 80,000 titles and subscription to many journals with a computerized data base and access. The Department of Physical Education offers facilities for gymnastics, table tennis, athletics and other games. The college holds a leading position both in academics and sports. Co-curricular activities like various interest clubs, societies, subject associations, the Women's Development Centre, the Eco-club, the N.S.S. and N.C.C. are available for the further development of the personality and potential of our students.

The college celebrated its Silver Jubilee year in 1985. As part of the celebrations, seminars, symposia, debates and a number of cultural activities were organized to showcase the achievements of the College. The foundation stone of the College Auditorium was laid as a part of the Silver Jubilee Celebrations. The auditorium with an imposing structure named Sadbhavana Bhavan has a seating capacity of about 1300 and has one of the largest stages in the city.

At present the college has over 2000 students on rolls, about 126 teaching staff and about 90 non teaching staff. It has 19 Departments.

Hands om experience with spectrophotometer at the workshop