This is a borrowed experiement. Tried and Trusted. 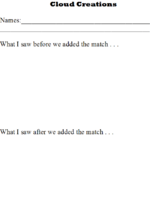 Figure 1. A handout for the experiment; have students draw their observations

This activity will allow students to create their own cloud. They will also learn different aspects of the water cycle and how a cloud is actually created in the atmosphere.

We believe that this experiment was successful. At the beginning of the experiment the student's enjoyed reading the books about clouds. The books made them more excited to see the cloud experiment. Even though the student's were not able to take part in the section of the experiment with the matches they were excited to watch. Although the experiment can be done without food coloring the students found it exciting to shake the bottle to mix the food coloring. I also felt that this experiment was a success because it encouraged students to think about what really occurs in the process of evaporation and how water is processed itself. We may not have gone into great detail about the vocabulary, but we still addressed the important aspects and introduced the students to the water cycle in a fun and engaging way.