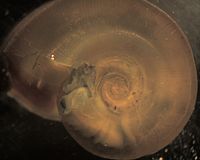 This genus of Tipula is rather large as compared with other genera. Tipula larvae are generally dark brown and have creeping welts.
Retrieved from "https://wikieducator.org/index.php?title=Centennial_Brook&oldid=941363"
Categories: